Žinių radijas
Lithuanian political scientist Ramūnas Vilpišauskas, director of the Institute of International Relations and Political Science at Vilnius University, says that the Greek government is realizing the ineffectiveness of its combative position and is now trying to look for allies in Europe. 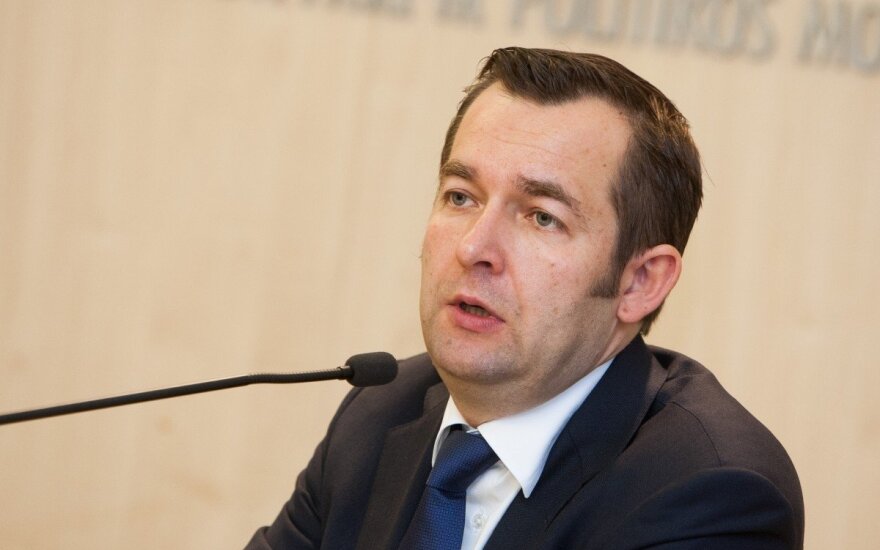 He thus interpreted a recent visit by two Greek academics, who are also members of the ruling Syriza party, in Vilnius. Dr. Eleni Leontsini of the University of Ioannina (Greece) and Dr Dimitris Papanikolaou of Oxford University (UK) gave a talk at the invitation of the Lithuanian NGO Demos Institute of Critical Thought. Both stressed, however, that they do not speak for the Syriza party or the Greek government.

According to Vilpišauskas, the visit is a sign that Athens is looking for allies.

"It has finally been realized by both the Greek government and the governing party that continuing this non-constructive policy to unilaterally ignore the reality and accepted norms of communication among European Union states, where we work out together the issues that can have an impact on all the states involved, is unproductive and they clearly understood the need to look for more sympathizers," Vilpišauskas said on the Žinių Radijas radio programme "Aktualioji valanda".

According to him, the Greek government will find that its is difficult to find friends as long as they stick to what Vilpišauskas calls "non-constructive" position, as evidenced by the wording of the question that was put to a referendum last week. Greek voters were asked to give their say on a recent proposal by the country's creditors.

"I doubt that many of those who took part and cast their ballots in the referendum were properly acquainted with the issue that was at stake - not least because of the contradictory statements that, on the one hand, Greece needs to stay in the eurozone, but, on the other, completely rejecting the things that, in the opinion of many, are necessary so that the country could function and compete in the eurozone in the future," Vilpišauskas said.

According to him, there is a rather firm consensus on what Greece needs to do in terms of structural reforms in order to stay in the currency union, but, Vilpišauskas says, the Greek government does not accept it.

"Attempts to look for allies are likely to fail as long as the Greek government itself fails to show that it genuinely wants to continue in the eurozone or prove that with actions," according to Vilpišauskas.