BNS
aA
The Lithuanian-Polish Parliamentary Assembly, which has been effectively non-functioning for nine years now, could hold a meeting in the fall or at the end of the year, Beata Mazurek, deputy marshal of the Sejm, the lower house of the Polish parliament, said in Vilnius on Thursday. 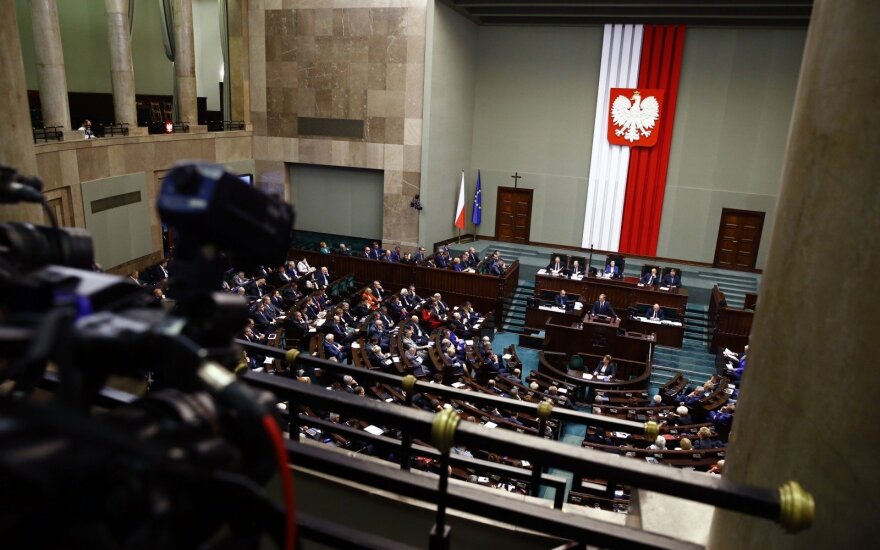 "We propose that this should happen by the end of the year, but before that, working groups made up of Lithuanian and Polish parliamentarians would have to do some work to define the agenda," Mazurek said at a news conference.

Mazurek also stressed her wish for the PA to work effectively, not formally.

"We want that assembly to be effective and to address the problems that we have. We don't have any dates yet, but we want the working groups to meet as soon as possible, by the end of May if possible," the Polish lawmaker said.

"I believe that the Assembly will gather this fall, toward the end of the year at the latest," she added.

Arvydas Nekrošius, chairman of the Lithuanian Seimas Delegation to the Assembly of the Seimas of the Republic of Lithuania and the Sejm and Senate of the Republic of Poland, told BNS Lithuania it was agreed with Mazurek to delegate by May 15 five lawmakers from both countries to a special working group for it to draw up a list of issues that need discussing and decide on what to include into the Assembly's agenda.

"Education issues will probably be important, and probably the spelling issue will be raised," Nekrošius said.

In his words, Mazurek confirmed during their meeting that the PA could take place later this year.

"The vice deputy stressed that real work should take place to have a result not a process," Nekrošius said.

The cooperation format for Lithuanian and Polish parliamentarians was frozen back in 2009.

Presidents Dalia Grybauskaitė of Lithuania and Andrzej Duda of Poland on Thursday declared...

Lithuania's transport attaché should start working in Poland from June

Lithuania's transport attaché should start working in Poland from June. The Baltic country hopes it...

Stanislaw Karczewski , the speaker of the Senate, the upper house of the Polish parliament, is to...

The Lithuanian and Polish prime ministers agreed on Friday to revive a bilateral commission to deal...