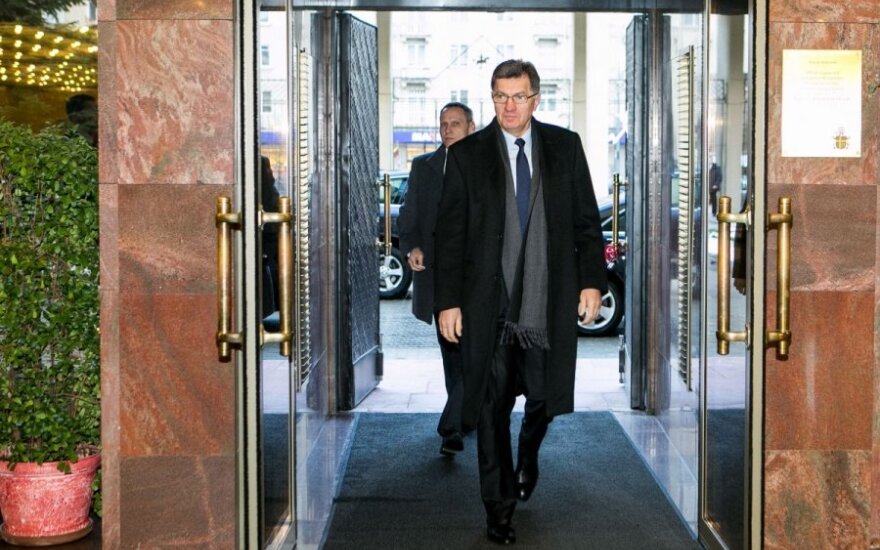 "Looking ahead at the prospects for prices of gas supplied via the terminal in the not-distant future, these are likely to be very attractive. Therefore, it is very important that our neighbour Latvia open third-party access in its gas market as soon as possible," Butkevičius, who chaired Friday's meeting of a commission in charge of the Klaipėda LNG terminal project implementation, said in a press release.

The LNG terminal, which launched commercial operations at the beginning of this year, is opening up new opportunities for the Baltic region, he said, noting that gas is already exported to Estonia.

Prime Minister Butkevičius said on Friday that it is difficult to reach agreement with Latvia on the supply of gas from the Klaipeda liquefied natural gas (LNG) terminal as the neighbouring country's gas market is basically controlled by Russia's gas giant Gazprom.

"Discussions with Latvia have started. We have to admit that these discussions are rather difficult, because the Latvian market is controlled by Gazprom, which holds a huge stake in the Incukalns (underground gas) storage facility that gives it the operational rights," Butkevičius said on LRT Television.

"Latvia is planning to implement the third energy package only in 2017, but we expect that they will implement it and it will be then easier to reach agreement with them on gas supplies," he added.

The prime minister said that if no agreement were reached with Latvia on the use of the Incukalns storage facility, Lithuania would consider building such a facility in Syderiai, in the northwestern district of Telšiai.

Lithuanian Energy Minister Rokas Masiulis has said that Lithuania could supply gas from the Klaipėda LNG terminal to the other Baltic countries, but there are concerns over the Latvian gas system.

Experts told BNS last December that the Baltic countries would not be able to use a common gas market until 2017 because of restricted access to Latvia's gas pipelines.