Elta EN
aA
Lithuania is ready to continue its political dialogue with the neighbouring Belarus, whose president Alexander Lukashenko has been re-elected for his fifth consecutive term of office, says Prime Minister Algirdas Butkevičius. He also stressed the importance of bilateral economic relations. 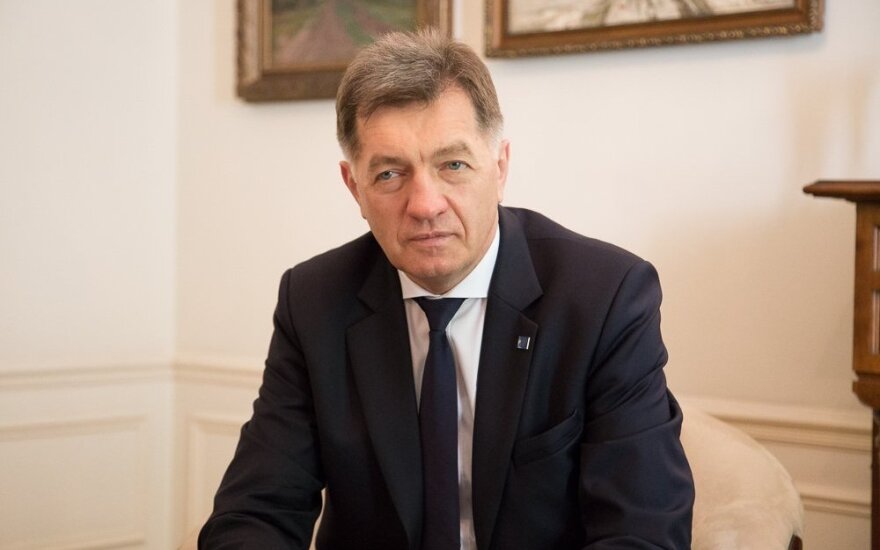 "Lithuania constantly follows how Belarus is fostering values and what course it is taking. We cannot ignore the beginning of changes there. Belarus did not join Russia's sanctions against us and the European Union, which was a positive step. We also should take into account that the country has released its political prisoners. However, we expect other moves towards democracy from Belarus because the current developments are just the very beginning," the PM said on the national radio LRT.

Butkevičius stresses that Lithuania and Belarus are neighbouring countries, therefore, they should be cooperating in the economic area, at the same time taking into account democratic values.

"Economic relations with Belarus are improving every year, which allows some optimism," he said.

As expected, the current leader of Belarus, Alexander Lukashenko, on Sunday enjoyed his overwhelming win. According to reports of the Belarusian Central Election Commission, he received 83.5 percent of the vote.