BNS
aA
Prime Minister Saulius Skvernelis says that he sees no threats as to China's investments in Lithuania, adding that all potential investors are evaluated in a responsible way. 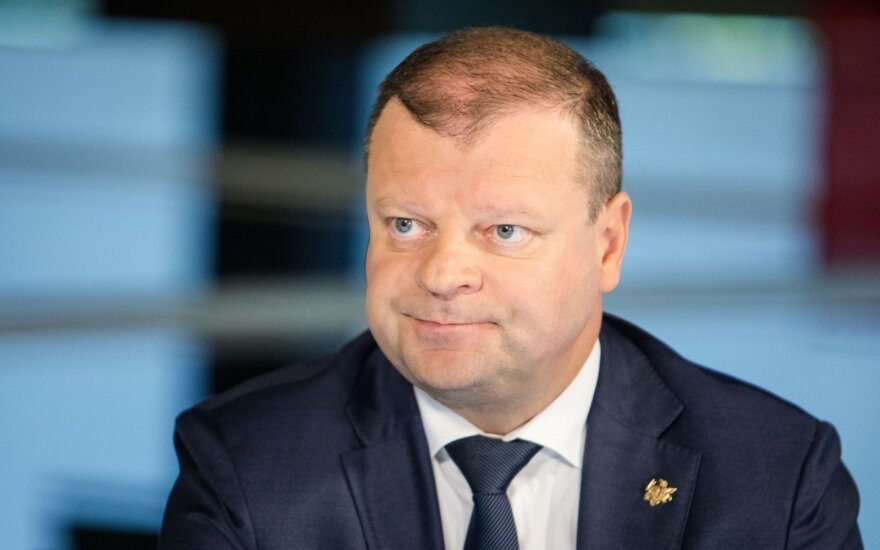 "We evaluate every potential investor; there is a law in place. As regards our strategic companies, the same principle applies to all investors," Skvernelis told reporters on Wednesday.

Vytautas Bakas, chairman of the parliament's Committee on National Security and Defense, has said that the Seimas will in the fall discuss Lithuania's political and economic relations with China.

Aušra Maldeikienė, an NSGK member, has said that the committee has received a report from the State Security Department on potential threats linked to Chinese investment in Lithuania.

Neither Bakas nor the intelligence agency would comment on the document.

Some Lithuanian officials worry that China may gain leverage over domestic politics through its investments in the country.

China's transport, logistics, real estate and financial giant China Merchants Group said several years ago that it might start shipping cargo via Klaipėda. The company is developing an industrial park called "Great Stone" in Belarus and the shortest route for its exports would be via the Lithuanian port.

Arvydas Vaitkus, the port's CEO, said earlier that CMG had expressed its wish to build a new container terminal in Klaipėda. It also tried to invest into Klaipėdos Smeltė, one of the largest cargo handling companies in Klaipėda, in 2016, but no deal was reached.