Elta EN
Lithuania's Labour Party has submitted a new candidate to fill the vacant post of education minister. Prime Minister Algirdas Butkevičius says that he will reveal the candidate's name once he receives a report on their reputation from the Special Investigation Service (STT). 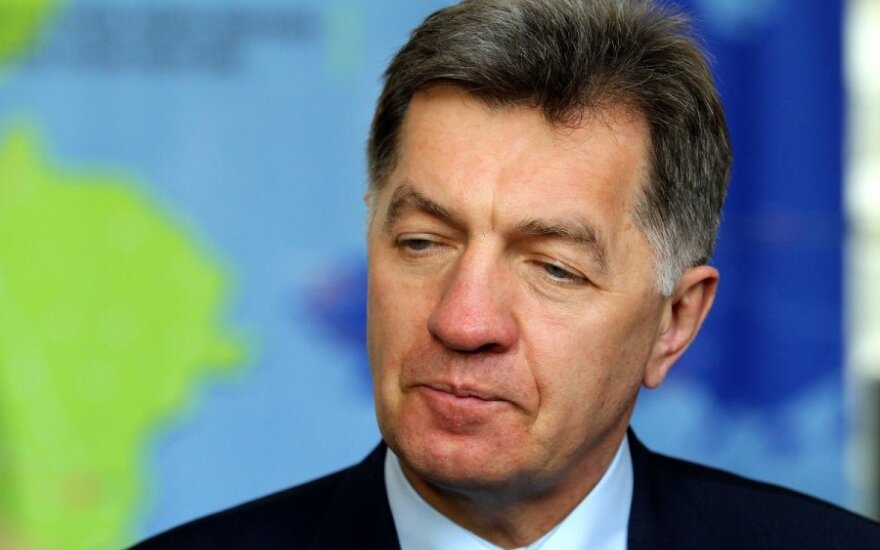 Valentinas Bukauskas, the interim chairman of the Labour Party, met with PM Butkevičius on Friday, at the Government's office. Bukauskas said that only one candidate had been proposed.

"It is a member of the Labour Party," Bukauskas told reporters after the meeting with the PM.

According to the Labour Party's interim chairman, PM Butkevičius is satisfied with the new candidate but did not want to comment on President Dalia Grybauskaitė's position regarding the new candidacy.

"I believe that upon receiving a report on the candidate's impeccable reputation from a responsible institution, the prime minister will forward the submission to the president," he said.

Butkevičius, meanwhile, expects a report from the STT on the Labour Party's proposed candidate next week.

The Labour Party has chosen a new candidate for the position of Lithuania's education and science...

Seimas Deputy Speaker Vydas Gedvilas , who was proposed to the post of the science and education...