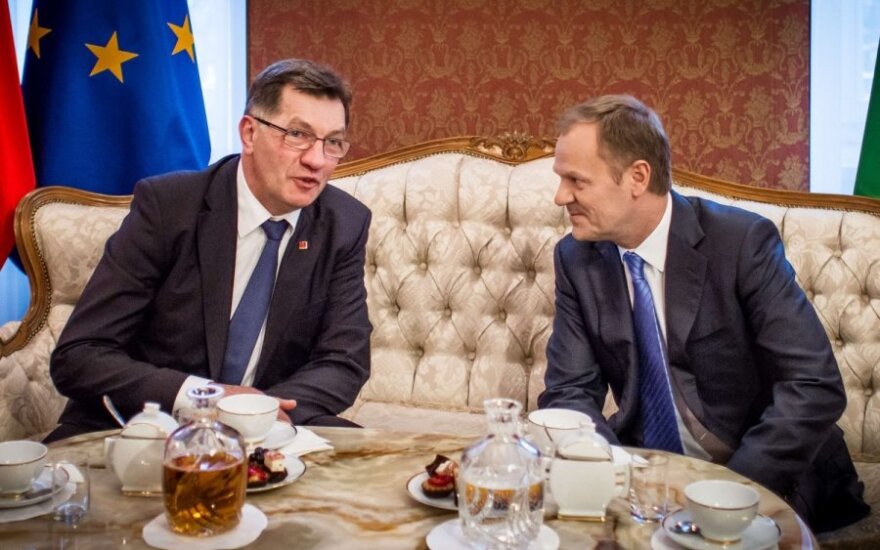 "I am not personally acquainted with her but, naturally, I have heard about her as she used to be the speaker of the Sejm. When I had conversations with former Polish Prime Minister Donald Tusk, he would mention her, saying that she was a strong member of their party and that she was preparing for the upcoming elections, and that she would share certain responsibility. I am looking forward to meeting with her soon in person," the prime minister told the national television LRT on Monday.

In a letter published earlier in the day, the prime minister said Lithuania and Poland had "centuries-long historic ties" and "common security goals", and in the wake of the existing geopolitical situation, the importance of partnership between the two countries was growing even further.

"Many infrastructure projects important for our countries are ahead of us, and there are also other matters significant for our nations. I hope the started work will receive you personal attention," the prime minister said in his letter of congratulation.

Butkevičius also told LRT that bilateral ties with Poland, in his opinion, are normal and Polish politicians' attention to Lithuania shows that, adding that a visit of former Polish Prime Minister Donald Tusk, who has recently been appointed president of the European Council, to Lithuania is in the plans.

"I think our relations are normal. When I was informed by Tusk's team about his wish to come to Lithuania as president of the European Council already, I felt really positive," Butkevičius said.

Lithuania, Poland and Ukraine have agreed to set up a joint military brigade. After years of...

Lithuania's President Dalia Grybauskaitė presented letters of credence to the new ambassador to...

Poland and Slovakia have said gas supplies from Russia are down, as the EU prepares to impose new...