BNS
Greece will remain in the eurozone despite the Greeks' decision in the recent referendum to reject the creditors' proposed reforms and austerity measures, Lithuanian Prime Minister Algirdas Butkevičius believes. 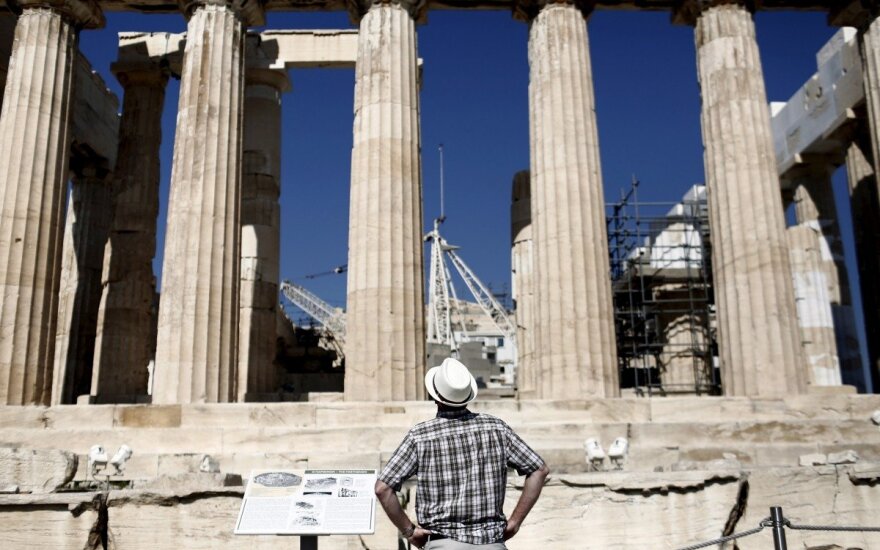 "I am still an optimist and think that Greece will remain in the eurozone," he told in an interview with BNS on Monday.

The prime minister believes the creditors might freeze parts of Greece's debt in exchange for reforms.

"The negotiations will have to continue, and I think Greece will have to implement structural reforms not only in the public sector but also change its tax policy," the Lithuanian prime minister said. "My proposal would be to freeze part of their debts. These are my contemplations. Some EUR 100 billion could possibly be frozen and the payback would start in five or seven years."

Lithuania did not contribute to the previous loans to Greece but would take part in negotiations on new assistance.

According to Butkevičius, creditors' assistance to Greece should be spent on investments and productions rather than on social payments.

On Sunday, 61 percent of Greeks voted against the creditors' demands to tighten their belts in exchange fro financial assistance. The move shattered European stock markets.

Butkevičius believes "the referendum will allow looking for other negotiation positions."

In his opinion, the Greek referendum was determined by the fact that previous governments also failed to take necessary reforms.

The Greek vote against the deal proposed by the country's creditors has further complicated the situation, Lithuanian President Dalia Grybauskaitė said on Sunday.

"The Greek referendum has further complicated the situation. Instead of telling the truth to its people, the Greek government called on people to vote against reforms that are necessary for the stabilization of the country's financial situation," Grybauskaitė said.

The Greek vote against reforms proposed by the country's creditors has further complicated the...