BNS
aA
The central Bank of Lithuania must curb the growth of charges applied by commercial banks on cash withdrawals, Prime Minister Algirdas Butkevičius has said, slamming banks’ efforts to levy charges on withdrawals of larger amounts of money from ATMs. 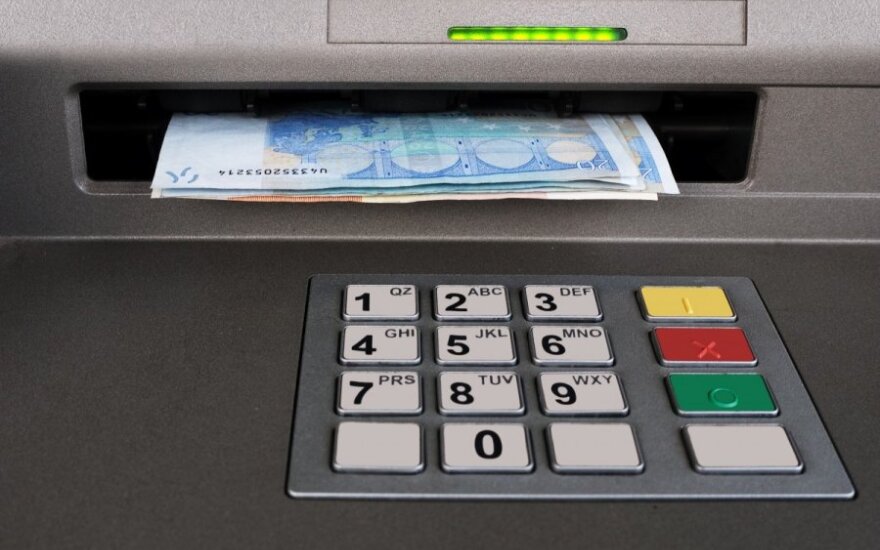 “I think it’s a very negative development and I remember when Vitas Vasiliauskas got the parliamentary approval to chair the Bank of Lithuania the first goal he mentioned was to curb the growth of bank charges. We’ve had a number of conversations since then and the Bank of Lithuania somehow still fails to find the instruments that would help manage these developments,” Algirdas Butkevičius told reporters in Vilnius on Monday.

DNB Bankas and SEB Bankas intend to levy charges on money withdrawal from ATMs from July or August.

DNB Bankas will charge 0.3 euros per transaction until the monthly amount reaches the threshold of 500 euros, in which case the charge will increase to 0.3 percent of the amount.

SEB Bankas will not levy any charges on withdrawals up to the threshold of 500 euros and will levy a 0.4 percent fee on larger amounts.

Meanwhile, the president of the Lithuanian Banking Association (LBA) said that a reversal in cash withdrawal policy of the country’s top banks showed that they were ceding those services to other market players gradually.

“Cash transactions generate losses to banks; this has been proved by surveys. Banks basically levied no fees on cash withdrawals as they competed for customers. Now the demand in cash is probably decreasing and it’s natural that they simply offer and promote more alternative and cheaper instruments,” Stasys Kropas told BNS.

At the same time, Kęstutis Kupšys, director of the Association for Honesty in Banking, told BNS that cash money would be replaced by other e-money systems in the future.

He believes that the banks have chosen to lower the thresholds for free-of-charge cash withdrawal due to a fall in revenues against the backdrop of low interest rates and the adoption of the euro.