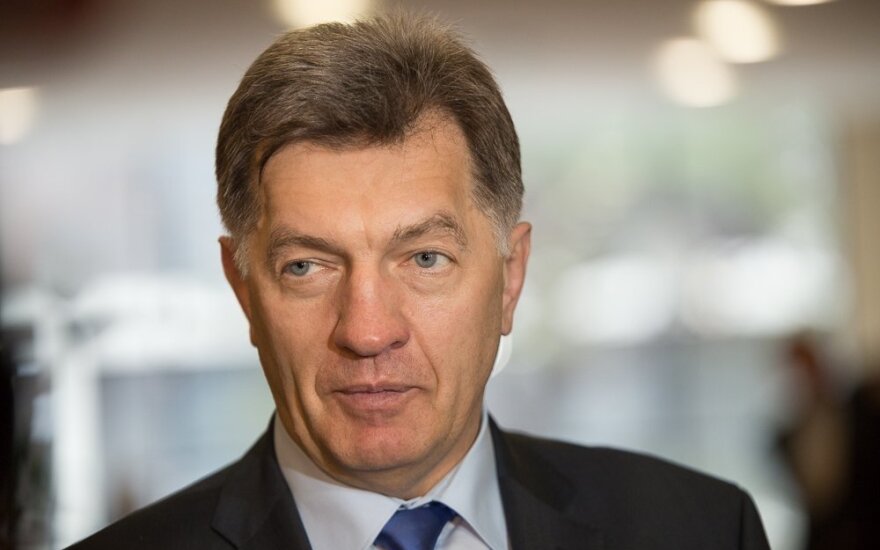 "EU law does not provide for such legal consequences for member states," the Lithuania president, who served as the EU budget commissioner in 2004-2009, told BNS via her press service.

"Such a tone is improper while looking for compromises as in fact they have started using an extreme measure by saying that countries that will not agree to accept immigrants will suffer financially. I think it's a certain outbreak of tension but I hope that all EU member states will act in solidarity and they will all make commitments to share the burden the whole EU is facing," Butkevičius told journalists on Tuesday.

"I see it as blackmail which is completely unacceptable, especially for high-ranking politicians who are responsible for the resolution of this problem," the Lithuanian prime minister added.

He said he was surprised at the fact that German representatives had shifted to such "almost aggressive telling what other countries should do, without internal national-level discussions and by just sending orders from above".

German Minister of the Interior Thomas de Maiziere hinted earlier in the day at the possibility that member states that disagree with mandatory refugee distribution quotas might face cuts to EU aid.

The European Commission said on Tuesday, however, it is not considering reducing EU structural aid to countries that are against mandatory migrant quotas.

De Maiziere's position was echoed by German Vice Chancellor Sigmar Gabriel who said, according to AFP, that "Germany is not ready to be a net payer country in a Europe where everyone wants to join in when they get money, but are not willing to share the responsibility".

Asked by BNS to comment on Germany's remarks, Lithuanian Interior Minister Saulius Skvernelis said they "have a basis".

"If we are all solidarily making use of certain resources and common funds, then we should also be solidarily solving problems. We should not only go and take but also give something sometimes as well," he said.

According to Skvernelis, member-states' position on refugees could be taken into account when making decisions on the EU's yet not approved aid.

"The 2014-2020 mechanism has already been distributed among EU member states. But there are still funds countries are applying for, irrespective of the territorial distribution. These are common funds, and I think it would be an instrument to be taken into account," Skvernelis said.

In his words, "there were no such talks" during the Monday meeting of EU interior ministers.

Lithuania backs Brussels' proposal to distribute 160,000 refugees from Hungary, Italy and Greece among other EU member states. The Government of Lithuania has already agreed to take in 1,105 refugees over the next two years.

But Lithuania has spoken against calls from Brussels and Berlin to introduce a permanent mandatory migrant quota mechanism to deal with future crises.

The Visegrad countries of Hungary, the Czech Republic, Slovakia and Poland are the strongest opponents of the proposed quotas.

The European Commission (EC) stated on Tuesday it was not considering to cut European Union (EU)...

Prime Minister Algirdas Butkevičius says that Lithuania currently is not considering the option to...

In case of a refugee influx, Lithuania would be ready to resume temporary border controls, says...

Lithuania is of a "sceptical opinion" about a Brussels-proposed mandatory migrant quota system, the...