BNS EN
aA
Political parties of Lithuania intend to publish an agreement to commit to boycotting electricity from the Astravyets nuclear power plant under construction in Belarus close to the Lithuanian border. 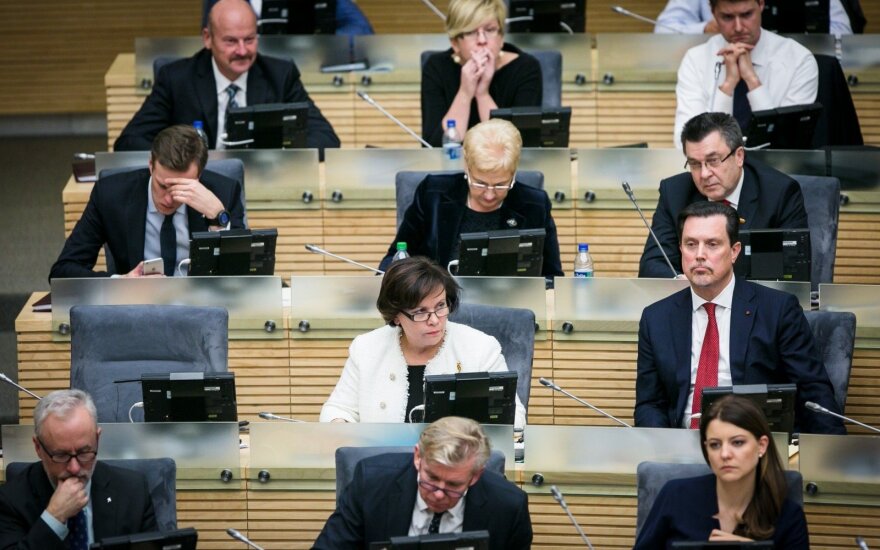 The initiative was presented to representatives of political parties by Social Democratic Foreign Minister Linas Linkevičius last Thursday. Opposition politicians have pledged to join, at the same time emphasizing that the agreement will not be of much benefit without support of neighboring states.

Another Social Democrat, MP Gediminas Kirkilas, says the initiative had not yet been discussed in the party but said with certainty it would be approved.

The ruling Lithuanian Peasant and Green Union also supported the initiative, which, it said was in lien with the party's program.

"The Lithuanian Peasant and Green Union applauds the government's determination to translate into reality the promises made to our voters and formalize the commitment not to buy electricity from the unsafe power plant," MP Tomas Tomilinas told BNS.

Before the October 2016 elections, the opposition conservative Homeland Union – Lithuanian Christian Democrats collected signatures of 65,000 citizens in support of a bill that would ban sales of Astravyets electricity in Lithuania and bar the nuclear facility from using the Lithuanian energy system. The bill is currently discussed in parliamentary committees.

The conservatives' leader Gabrielius Landsbergis sa ys the party would back the agreement of political parties. In his words, the government is acting late.

Lithuanian politicians representing both ruling and opposition political groups say that the Astravyets utility under construction some 50 km from Lithuania's capital Vilnius falls short of security standards. Former energy minister, incumbent Transport and Communications Minister Rokas Masiulis also proposed that a position on Astravyets should be approved by all political parties.

Belarus has ruled out all Lithuanian criticism, saying that the nuclear power plant is being built in accordance to all security standards. It says Lithuania's reproaches are caused by economic motives.