BNS
aA
The European Union (EU) is easing its tone towards Russia, although there are no reasons for the change, says Benediktas Juodka, chairman of the Lithuanian parliament's Foreign Affairs Committee. 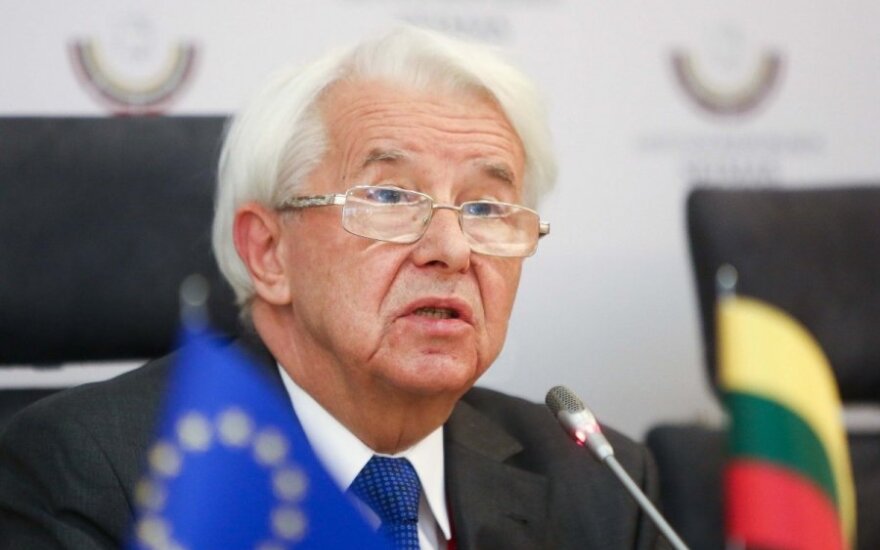 After meeting with Foreign Minister Linas Linkevičius behind closed doors on Friday, the parliamentarian emphasized that ceasefire in Ukraine was not working and Russia had broken its promises to pull back its troops. Both Juodka and Linkevičius said there were no reasons to ease EU sanctions on Moscow.

"The situation is not improving due to the geopolitical situation surrounding Ukraine. The EU position towards Russia is somehow weakening, and the minister and I believe that this is not a good thing, as the situation in Ukraine is not getting any better. Regardless of the ceasefire agreements made in Minsk, more than 300 people were killed after that, so what kind of ceasefire is that – people are still dying. The ceasefire agreements of the Minsk meeting are not executed, the Russian army has not been withdrawn from Ukrainian borders – they're saying they're executing it but they're not," Juodka told BNS after the Friday's meeting.

"We have observed that the EU position is becoming somewhat milder, and we think there are no reasons for that. As we know, some foreign ministers have been replaced – Poland's Foreign Minister Radoslaw Sikorski has been replaced by another person. Sikorski was very categorical and strict on the relations with Russia. The European Union's foreign minister has also been replaced – the work of Baroness Catherine Ashton will be taken over by Federica Mogherini of Italy," said the head of the committee.

"But the sanctions are in effect, they are reviewed every month, at least now there are no indications that they would be alleviated or recalled," Juodka told BNS.

Linkevičius said it would take time to see how the changes within the European Commission could change the opinions and tactic.

"The line-up of the European Commission is changing, the foreign affairs representative will be from Italy, we will see how the tactic and the attitudes change. We think there are no reasons for changes in the position, as the situation in the region is not improving, the sanctions are applied and there are no reasons for recalling them, and the policies must continue," the foreign minister said after the meeting.

Linkevičius said he was in support of stronger sanctions on Russia. "I think harder sanctions make sense, as the actual situation is inconsistent with the [Russian] reports, there have been three promises to pull back the forces from the Ukrainian border, and when we see the intelligence data and the situation described to the public, it is not the case. The conclusion is that the situation is not getting better," said Linkevičius.