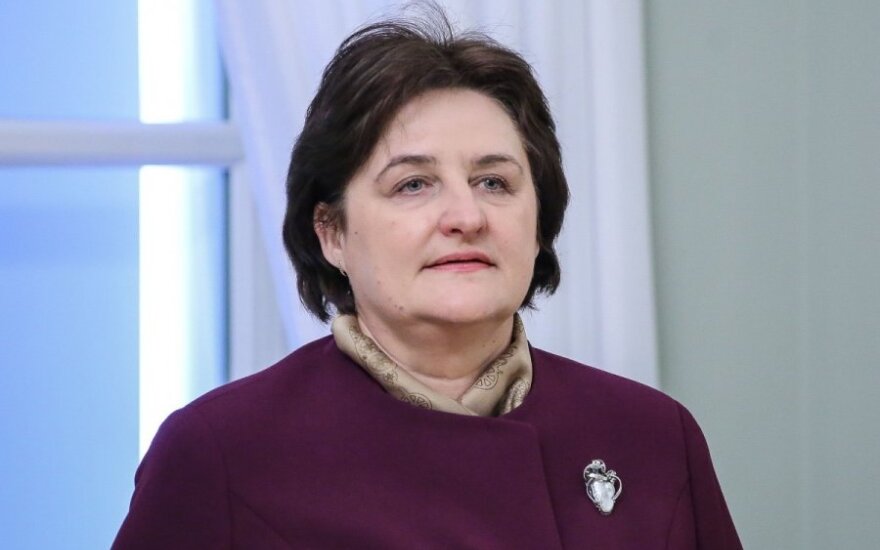 Graužinienė told the radio Žinių Radijas that the Government, the prime minister and the minister of national defence are committed to urgently prepare law amendments and submit them to the Seimas in the first days of its spring session which starts on 10 March.

The Seimas speaker was unable to tell how her own party, the Labour Party, would vote, because it had yet to discuss the issue next week. At the State Defence Council, Graužinienė supported the return of conscription.

"Presumably we have more information than is available to any other Members of Parliament. Maybe we cannot always explain the decisions widely, why now and why this way, but the decision was made unanimously and I am sure it is a correct one. Hopefully there will be enough votes in the Seimas for it to pass," said Graužinienė.

According to the speaker, the reinstitution of conscription is not only a political decision, the State Defence Council discussed its financial viability and implementation.

The Seimas speaker said that the current situation in the military has formed because little attention was devoted to the Armed Forces during the financial crisis and now it is crucial to man the military promptly but all gaps cannot be filled with professional soldiers at once.

When asked if it was a mistake to abandon conscription in favour for professional military service, the speaker said that there were intense debates at the Seimas and the minister of national defence persuaded to shift to professional military. When voting for amendments Members of Parliament, including Graužinienė, thought that the armed forces would be manned fully of professionals but this has not happened.

Lithuanian military will be mixed, consisting of professional soldiers and conscripts. In the region several other countries opt for the mixed system: Finland, Estonia, Norway and Denmark.

The move will allow Lithuania to complete manning its Armed Forces in 2015-2016 and have enough military reserve personnel in 18 months.

Return of military conscription system in Lithuania may require revising the planned defence...