BNS
aA
On Tuesday, the Seimas of Lithuania started discussions on the proposed Law on Ethnic Minorities, a bill that has been a point of contention in Lithuanian politics. 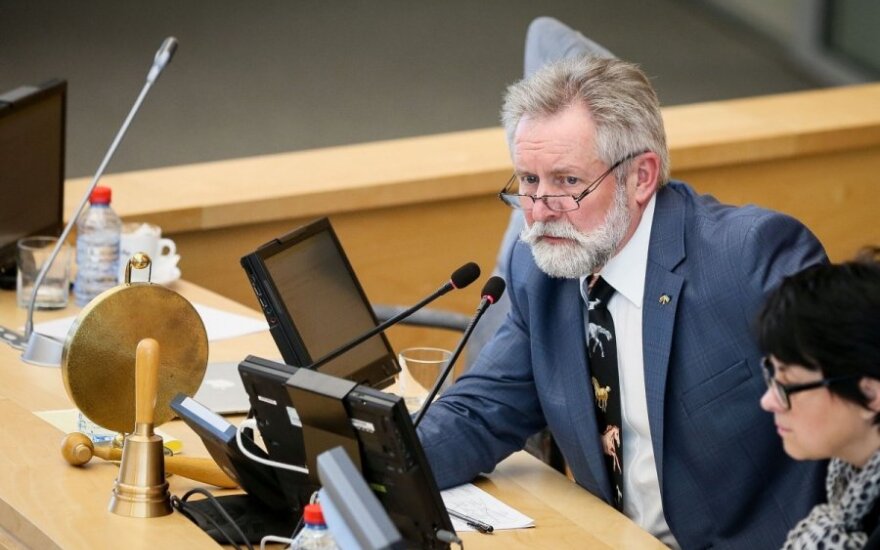 Lawmakers who oppose the proposed law say it might run counter to the country's Constitution and also express doubts about whether it is needed at all, saying that the Constitution and other legal acts guarantee sufficient rights for all citizens.

"Do we really need such a law? The question is also raised by lawyers who say the majority of legal norms important for ethnic communities are integrated into special laws and a separate law is not needed," said MP Valentinas Stundys of the opposition conservative Homeland Union–Lithuanian Christian Democrats, adding that Lithuania has already ratified the Framework Convention for the Protection of National Minorities and its provisions are integrated into national legislation.

Only representatives of the ruling Electoral Action of Poles in Lithuania, a party representing the country's Polish-speakers, backed the bill on Tuesday. Its representative Zbignve Jedinski said the previous version of the law that was in force before "helped Lithuania to establish itself as an independent country."

He also said he had not heard a single argument as to why the proposed law should not be adopted.

The Polish party is pushing for the adoption of the law that would allow the use of bilingual street signs in areas densely populated by ethnic minorities.