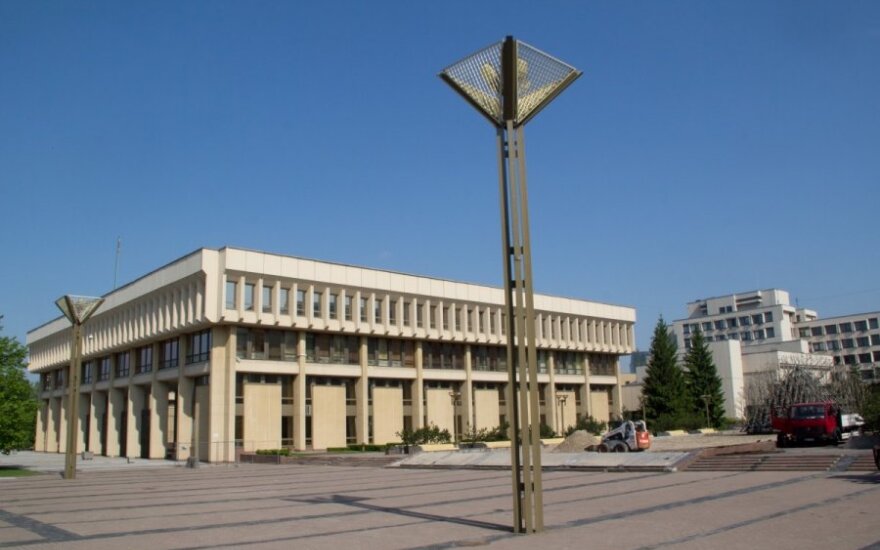 During the first meeting of the new session, Prime Minister Algirdas Butkevičius and Parliamentary Speaker Loreta Graužinienė will present a draft agenda of the work, which was developed based on proposals from the president, the government, parliamentary committees, political groups and individual MPs.

After meeting with the Seimas board to discuss the tasks for the autumn session earlier this week, President Dalia Grybauskaitė urged the parliament to stay focused on security tasks in the light of the outstanding geopolitical situation.

She emphasized the importance of sticking to the agreement of political parties on increased defence spending in the forming of the first euro-denominated state budget, saying that the parliament should protect the country's information area with the power of laws.

Approval of the 2015 state budget is listed as the most important task for the session, as well as over 100 laws in connection to the adoption of the euro that have to be passed by the end of October at the latest.

The draft agenda includes more than 700 bills, including 270 proposed by the government, 24 by the president and more than 400 by parliamentarians.

The session should include nearly 50 plenary meetings. Under the Constitution, the fall session starts on 10 September and closes on 23 December.

Lithuania's President Dalia Grybauskaitė suggests that officers of the Public Security Service and...

Repeated and deliberate failure to attend plenary meetings, which leads to interruptions of adoption...

Parliament Speaker Loreta Graužinienė says that the priorities for the upcoming autumn session of...

LLRA politicians to resign from government posts on 10 September

After the Electoral Action of Poles in Lithuania (LLRA) party has decided to withdraw from the...