BNS
aA
Lithuania's Parliamentary Speaker Loreta Graužinienė and Prime Minister Algirdas Butkevičius both say they would not support the idea of making military service mandatory for women as well as men. 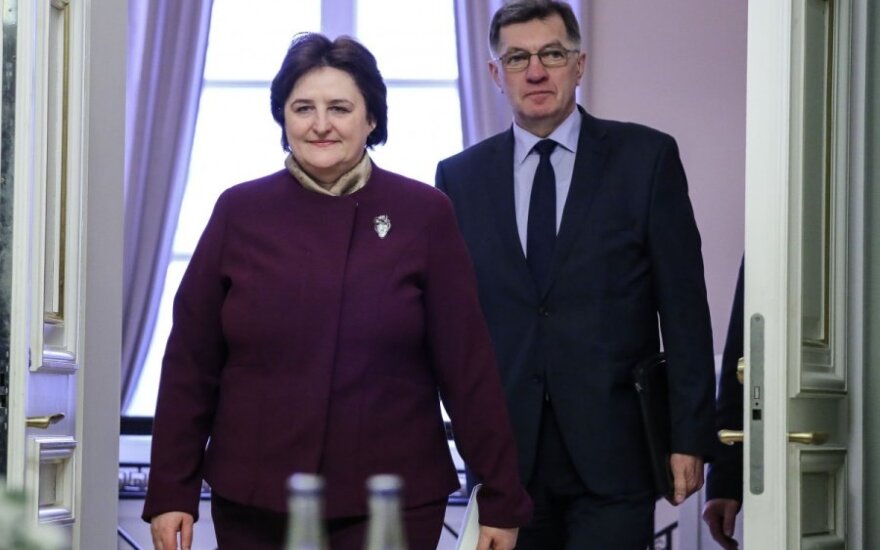 In Graužinienė's words, women who want to join military service should not be barred from doing so, but their main mission is to have children.

"I believe women willing to voluntarily join the service should not be prevented from doing so. However, I doubt they should be drafted. Life has distributed the roles between young women and men. It is my opinion that the duty of young women and women is to give birth to children and raise future volunteer troops so they can defend their homeland, and the duty of men is to defend their homeland, their family, their women and children. I would think every single one of us should perform their mission in life, and the mission of women is to pass on life, this is the most noble responsibility and the biggest task a woman can do and what a man is not capable of doing," the parliamentary speaker told journalists on Friday.

The prime minister's opinion is similar.

"I would not want my daughter or other women to do military service, however, the door should not be closed for those who want to," the prime minister told kaunodiena.lt news portal on Thursday.

He also said the government has not changed its provision on formation of professional army, which takes time, which is why conscripts are needed.

"This government sticks to its stance on formation of professional army and increase of the number of troops. However, the implementation of the program will take a few years. We expect professional army will be finalized by 2019. Currently, amid the current geopolitical situation, the State Defence Council made a temporary decision of forming the army reserve by drafting citizens of Lithuania for a nine-month military training," he said.

On Tuesday, the Lithuanian State Defence Council proposed reintroducing conscription of about 3,500 young men for a nine-month training every month. The plans are yet to be endorsed by the parliament.

Lithuania gave military conscription back in 2008.

Lithuanian PM is against military conscription of women

Lithuanian Prime Minister Algirdas Butkevičius says he does not support the idea include women into...

Lithuania's Foreign Minister Linas Linkevičius said at the end of his US visit that the United...

The restoration of military conscription has been proposed because it is the only quick way to form...