BNS
aA
Speaker of the Lithuanian Seimas Loreta Graužinienė has met with Mikheil Saakashvili, the former Georgian president and now the government of the Ukrainian Odessa region, and said local people hope for a breakthrough that would open up a new stage in the country's history. 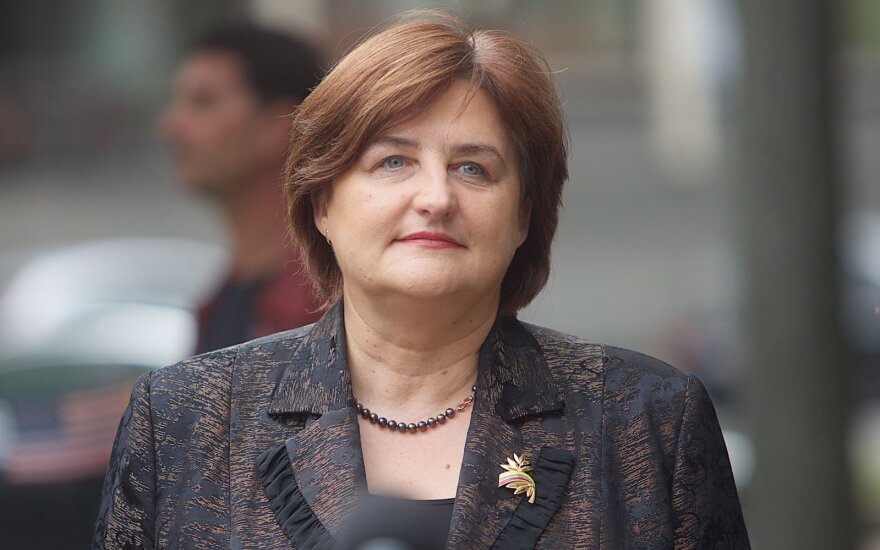 During an informal meeting in Odessa, the speaker and the former Georgian president also discussed the forthcoming local elections and the proposed constitutional amendments on giving more powers to regions.

"We discussed the existing situation in Ukraine, the upcoming elections. It was interesting to learn the governor's position on the constitutional amendments set to be deliberated by the Rada shortly," Graužinienė told BNS by phone from Ukraine on Wednesday.

She also said local people hope that Saakashvili will give impetus to necessary reforms.

"Odessa residents have different opinions, but mostly positive. There's a lot of belief and expectation that Odessa will be a breakthrough point that will give impetus to a new stage in Ukraine's life. I'm glad that people believe," Graužinienė said.

The security of Odessa Oblast, situated near the Black Sea, as well as of surrounding regions has been causing concern for Ukraine since Russia annexed its region of Crimea and fighting with pro-Russian separatists broke out in eastern Ukraine.

Saakashvili is praised for radical reformed carried out in Georgia when he was the country's president in 2004-2013. The incumbent government, however, has accused him of exceeding his powers and wants him prosecuted. Georgia and Russia were locked in a brief war in 2008 when Saakashvili was in power.