BNS
Speaker of the Seimas of Lithuanian Loreta Graužinienė hopes the Electoral Action of Poles in Lithuania will remains in the ruling coalition despite the fact that Prime Minister Algirdas Butkevičius wants the party's Energy Minister Jaroslav Neverovič sacked. 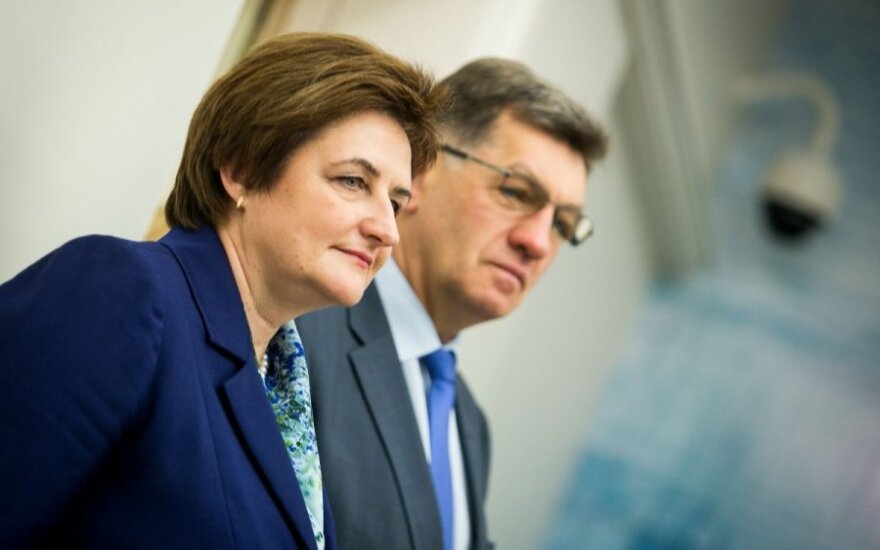 "We all signed up to working together. I hope our colleagues will continue working together," she told BNS on Monday, adding, however, that the exit of the smaller coalition partner EAPL "would in essence not change" the ruling situation.

Earlier on Monday, Butkevičius said he would propose to President Dalia Grybauskaitė to dismiss Neverovič after he re-appointed his fellow party member Renata Cytacka as a deputy energy minister.

Butkevičius told reporters after the Cabinet's meeting that he would submit the proposal to the president on Tuesday.

"He (Neverovič) informed me that the leader of the Electoral Action of Poles continues to press for Mrs. Cytacka's re-appointment as vice-minister. It was said very clearly that there was the political council's decision that all candidates for vice-ministers had to be approved by me. He did not have my approval and he was told very clearly on Thursday that if he re-appointed her as vice-minister, I would recommend that the president remove him from the Cabinet," the prime minister said.

"I will submit that recommendation to the president tomorrow," he added.

Modestas Naudžius, spokesman for the president, told BNS Grybauskaitė would decide whether to dismiss Neverovic after receiving the prime minister's recommendation.

Neverovič is on vacation from 18 through 24 August.

Butkevičius said the ruling coalition's political council would decide whether the EAPL would remain a member of the coalition.

Energy minister's position on the line after reappointment of controversial deputy

Renata Cytacka, a member of the Electoral Action of Poles in Lithuania, has been re-appointed as...