BNS
aA
Viktoras Pranckietis, the speaker of the Lithuanian parliament, arrived in Warsaw on Wednesday to deliver a speech at the Polish parliament and to meet with its leaders. 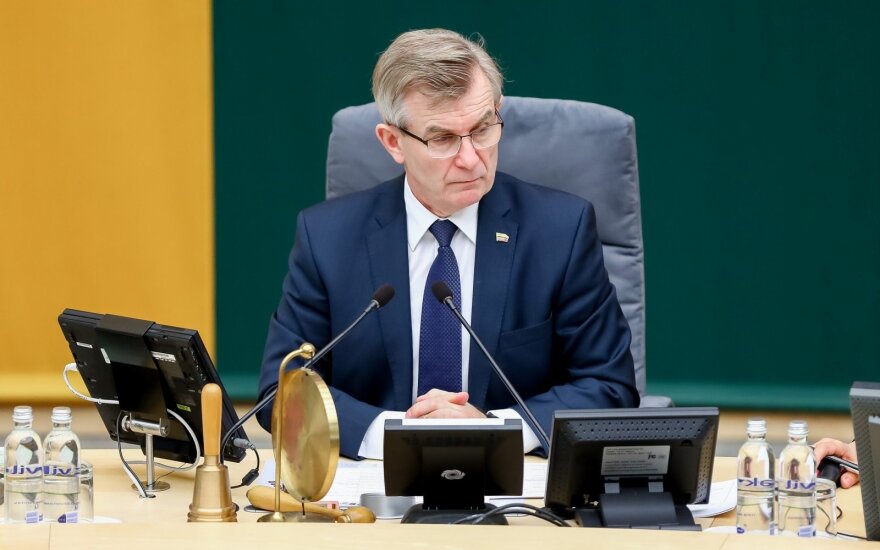 The visit comes amid warming relations between Vilnius and Warsaw, which had been strained in recent years by disagreements over the situation of the Polish ethnic minority in Lithuania.

"My goal is to ensure that people of all nationalities, including Poles, are comfortable in Lithuania being what they are and that they do not have to think that someone is trying to change them, Pranckietis told BNS.

Other issues to be discussed with Polish politicians include the security situation and joint projects, such as the European-gauge railway Rail Baltica or the planned synchronization of the Baltic power grids with the western European system.

Before leaving for Warsaw, Pranckietis called on the Seimas to pass during its upcoming spring session a bill that would allow the original spelling of the first and last names of a Lithuanian national on the main page of his or her passport if the person provides a source proving the non-Lithuanian version of the name.

"If it were up to me, this issue would have been solved a long time ago," he said.

Marek Kuchcinski, the Marshal of the Sejm, the lower house of the Polish parliament, visited Lithuania last September and Polish Prime Minister Mateusz Morawiecki is expected to come to Vilnius in March.

The Lithuanian delegation led by Pranckietis was scheduled to have a working lunch with Kuchcinski and other leaders of the Sejm on Wednesday afternoon before attending the opening of an office of the state-owned railway company Lietuvos Geležinkeliai (Lithuanian Railways) and a solemn event marking the centenary of Lithuania's restored statehood at the Warsaw Philharmonic Hall in the evening.

Pranckietis is to deliver his speech at the Polish parliament on Thursday morning. He will be the third speaker of the Lithuanian parliament to do so after Česlovas Juršėnas in 1993 and Vytautas Landsbergis in 1997.

Seimas speaker to celebrate centennial of statehood in Warsaw

A delegation of Lithuanian parliamentarians headed by Parliamentary Speaker Viktoras Pranckietis is...

Viktoras Pranckietis , the speaker of the Seimas, on Monday urged Latvia to launch the ratification...

Speaker of Lithuanian Seimas to give speech at Polish parliament

Viktoras Pranckietis , the speaker of the Lithuanian Seimas, on Thursday is to deliver a speech at...

Wednesday's opening of a representative office in Poland by Lietuvos Geležinkeliai (Lithuanian...