BNS, ELTA
aA
The draft Law on National Minorities, which the Lithuanian parliament intended to discuss on Tuesday, has been moved to Thursday, the last day of the spring session. 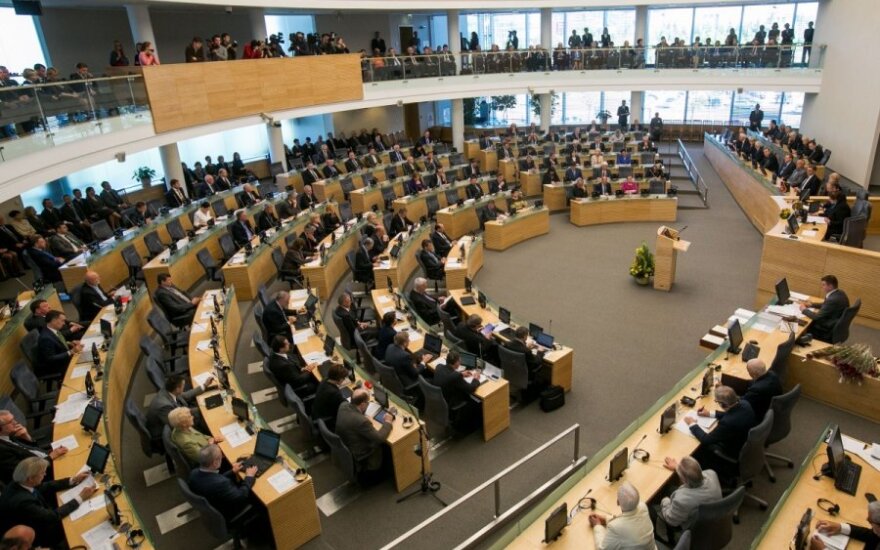 An adjournment in the discussion was requested by the opposition Conservatives.

Lithuania's ruling parties have repeatedly pledged support to the bill initiated by their coalition partner, the Electoral Action of Poles in Lithuania. However, Prime Minister Algirdas Butkevičius said at a meeting with the Conservatives earlier on Tuesday that bilingual street and location signs will not be allowed in the law.

Meanwhile, two alternative draft laws on name-spelling were approved for discussion on Tuesday and will be reopened in the fall session. The parliament also asked for a conclusion from the State Commission of the Lithuanian Language in connection to the bills.

After the presentation, the project of social democrat Ierna Šiaulienė was voted in favour by 57 members of Parliament, 32 voted against with 12 abstained.

Some MPs said the law would assist Lithuanian women who are married to foreigners as they face practical problems. Whereas opponents claimed this was an attack on the state language, the Constitution and sovereignty.

Meanwhile, deputy leader of the Homeland Union-Lithuanian Christian Democrats (TS-LKD) parliamentary group Valentinas Stundys had registered an alternative draft law, which provides for original spelling of names and surnames in other pages of one's passport, but not in the main entry.

Bilingual street signs will not be legalized in Lithuania during the adoption of the Law on National...