BNS
The Lithuanian parliament on Tuesday adopted the 2015 budget for the state social insurance fund, Sodra, that provides for bringing sickness and unemployment benefits back to the pre-crisis level from January and raising pensions from July. 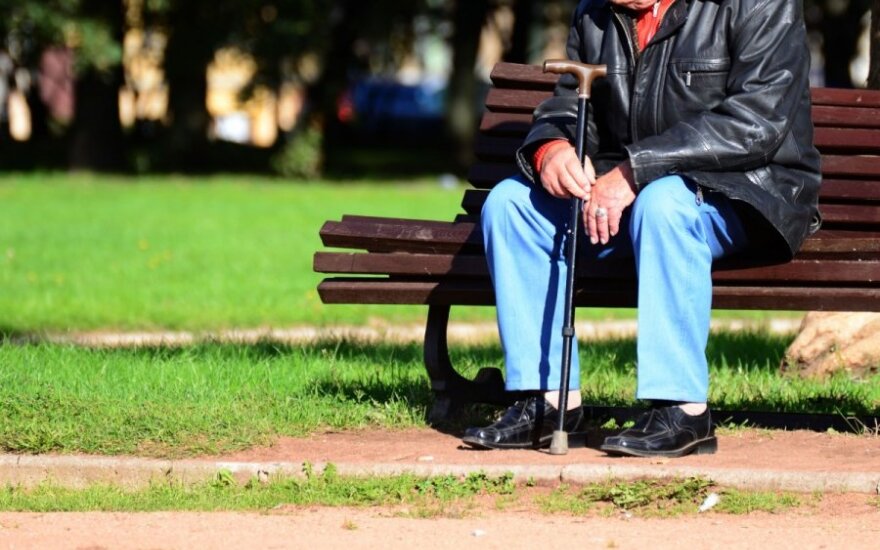 However, the Seimas did not back the opposition's proposal to compensate pensioners for pension cuts during the crisis by the end of next year, rather than spreading the payments over several years.

The budget passed with 74 votes in favour, no votes against and no abstentions. The majority of opposition lawmakers did not take part in the voting.

Seimas Vice-Speaker Algirdas Sysas called on the parliament to support the bill, saying that the budget projects both higher revenue and higher expenditure.

"We are bringing sickness and unemployment benefits to the pre-crisis level and will find possibilities to increase pensions in mid-summer, and we will pay another 200 million litas (EUR 58m) as compensation," the Social Democrat said.

Liberal MP Kęstutis Glaveckas said that the draft budget was based on "the most optimistic scenario", without taking into consideration possible risks and Lithuania's macro-economic situation after euro adoption.

Lithuania's pensions and social payments will be "among the lowest" in the eurozone. People's purchasing power will not increase, while "prices will have a significant tendency to grow," he said.

Andrius Kubilius, leader of the opposition, reiterated his proposal to compensate for all pension cuts in 2015 by using either Sodra's resources or funds borrowed by the state.

The proposal was not even put to a vote. Prime Minister Algirdas Butkevičius said that this would increase public debt and debt servicing costs and would create an unfavourable environment for sustainable economic development in the long run.