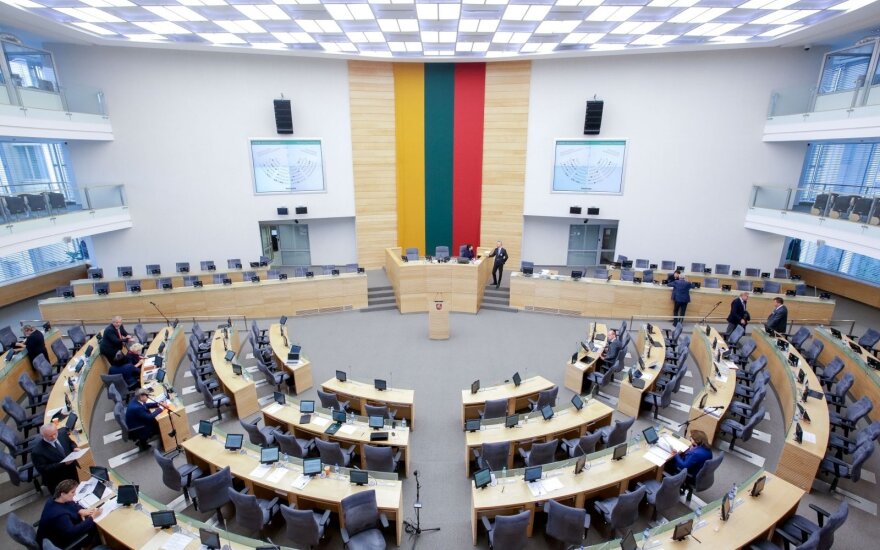 The bill was unanimously passed with 91 votes in favour, making Lithuania the fourth country in the world after United States, Estonia and Canada to adopt the Magnitsky legislation.

The amendments to the Law on the Legal Status of Aliens are to come into force next January, which means that a blacklist of such individuals will be compiled and become effective next year.

"I believe this is a key law showing our respect for human rights, first of all in Russia, because reference is made to a person who tried to protect Russia by preventing stealing from its budget and its citizens. He suffered because of that and was destroyed by those who were stealing from the Russian budget," MP Emanuelis Zingeris of the conservative Homeland Union–Lithuanian Christian Democrats, told the parliament.

"This is respect for Russia and its potential democratic future," he added.

His colleague Žygimantas Pavilionis noted that it was exactly eight years ago that Sergey Magnitsky was killed in Russia.

Mantas Adomėnas, another lawmaker of the opposition Homeland Union, said, "That democratic part of Russian society, the people who sacrificed their lives and their destinies to prevent Putin from having full control of a large part of society are waiting for this message of freedom from our parliament".

Under the amendments to the Law on the Legal Status of Aliens, a foreigner will be banned from coming to Lithuania for up to five years if there are serious grounds to believe that he or she has committed a serious or very serious crime against a person in a foreign country and human rights and freedoms have been violated as a result of this, has committed a corruption offense or has been involved money laundering, or is on the national list of foreigners denied entry to a EU, EFTA and NATO member state.

A decision on banning entry to such a foreigner will be made by the interior minister at the foreign minister's proposal.

The law also allows not informing a foreigner about the decision to blacklist him or her if that would undermine the interests of state security, defence and public security and of prevention, investigation, detection and prosecution of criminal offences.

Russia's ambassador to Lithuania, Alexander Udaltsov, has told the Russian news agency Interfax recently that Moscow "we will have to respond to yet another unfriendly step by Lithuania and bar entry to Russia to a number of unwelcome individuals from this country" if the Seimas passes the legislation.

The US legislation was named after Sergey Magnitsky, a Russian lawyer who was arrested under falsified charges and died in a prison in 2009 after exposing a corruption scheme.

The Lithuanian parliament plans to adopt on Thursday the so-called Magnitsky legislation banning...