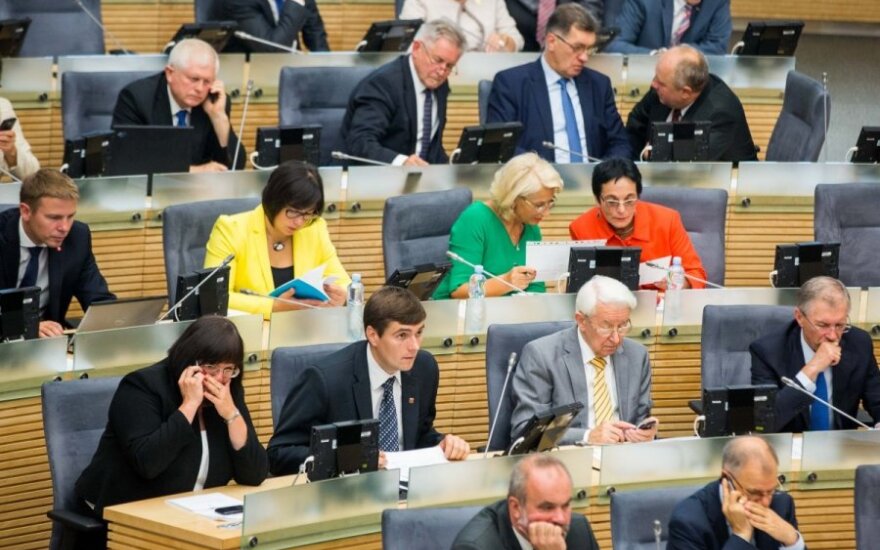 Following their presentation, 58 lawmakers voted in favour of the amendments to the Law on Public Information, 7 were against and 17 abstained. Representatives of all political parties backed the amendments, except for members of the Electoral Action of Poles in Lithuania who unanimously voted against the bill.

The original draft amendments on the reduction of Russian TV production, put before the Seimas in October, were voted down and returned for further improvement.

The new amendments stipulate sanctions for both broadcasters and rebroadcasters for war propaganda, calls to change Lithuania's constitutional order and attempts on the country's sovereignty.

"The reason behind the amendments on legal regulation of the provision of information to the public is that the existing legal regulation is not adapted to the conditions of an information war and does not allow to effectively deal with challenges posed by the existing geopolitical situation, including the spread of information diminishing the state as well as activities in the area of provision information to the public, harmful to national security interests ," said presidential adviser Rasa Svetikaitė who presented the amendments in the parliament on Tuesday.

Following the parliament's initial backing, the proposed amendments will now go to parliamentary committees for further consideration and will be deliberated at a parliamentary plenary sitting during the Seimas' spring session.

Lithuanian President Dalia Grybauskaitė has once again submitted her amendments to the Law on...