Elta EN
Leader of the Seimas Opposition Andrius Kubilius urges Parliament Speaker Loreta Graužinienė to stop the procedure of signing the law on the budget until the Opposition's statement is examined by the Seimas Commission for Ethics and Procedures. 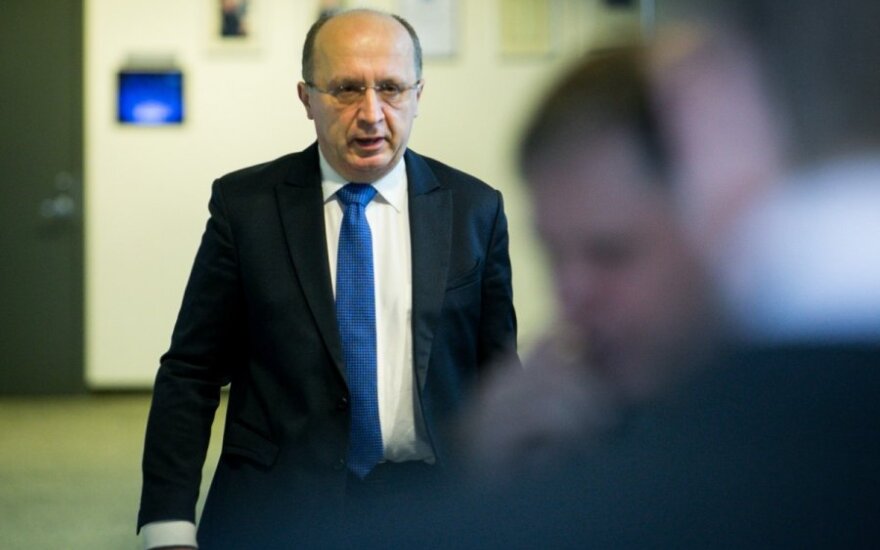 "Speaker of the Seimas Loreta Graužinienė claims that she will disregard the Opposition's statement signed by more than one fifth of MPs which points out grave violations of the Seimas' Statute while adopting the Law on State and Municipal Budgets.

According to Kubilius, such actions should be regarded as criminal and should be evaluated not only by the Constitutional Court.

On 4 December, the Seimas adopted the draft state and municipal budgets for 2015 which were revised by the Government.

Twenty-nine members of Parliament signed an address to the Seimas' Speaker Graužinienė over what they say are serious violations of the provisions of the Statute of the Seimas and the Law on Budgeting, which occurred when the 2015 budget was being approved.

The opposition says the Seimas agreed with several MPs' proposals on the amendment of appropriations using the resources from reduced state expenditure and debt administration cost without a concrete explanation to what extent and how these appropriations would be altered, and thus this violates the aforementioned laws.