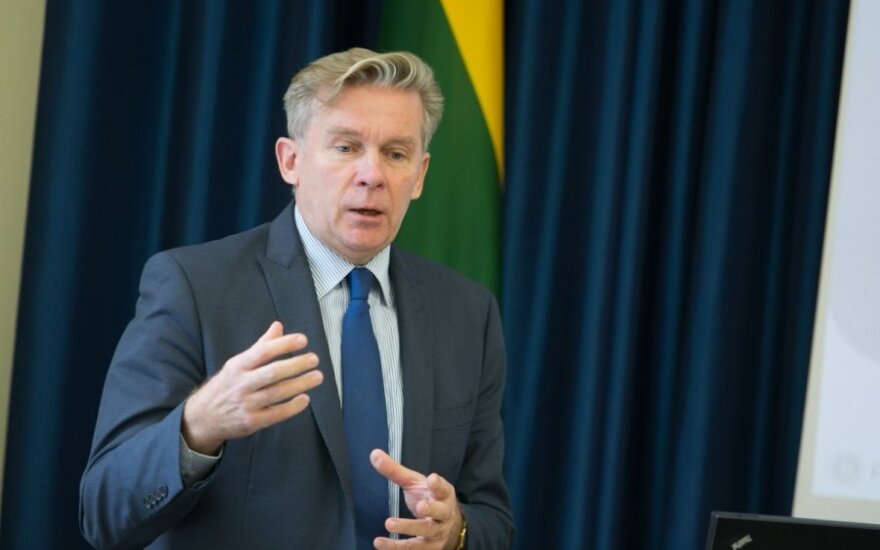 "Even though the world's attention is focused on Russia's aggression in Ukraine, it should nonetheless be noted that after the June 2014 self-government elections, the Georgian Government has launched an active politicised accusation campaign directed against members of the previous government, former president, leaders and activists of the opposition party Democratic Movement-United Georgia. Criminal cases, interrogations, arrests and threats have become large-scale everyday measures, a part of political crackdown on a hundred of most active representatives of the democratic opposition," said Ažubalis.

The MP says that political freedom, democracy and the rule of law are integral steps in the path that Georgia has chosen by signing the Association Agreement with the European Union. Therefore, Ažubalis has urged Foreign Minister Linas Linkevičius to break the silence on the issue and to take immediate actions in order to prevent Georgia from turning away from the European values and returning to the past.

"I propose to address the Georgian Government personally, demanding to follow essential political freedoms and principles of the rule of law, which the country has committed to by singing the Association Agreement with the EU. I also propose to raise Georgia's question to members of the EU Foreign Affairs Council so that a strong international signal is sent to the Georgian president and its Government to change the present repressive stance regarding the opposition," said Ažubalis.

Belarus will host the latest round of talks between Ukraine and Russia in Minsk on 1 August as...

There is a term in chess and checkers called "zugzwang", which is used to describe the situation when...