the Lithuania Tribune
aA
On Wednesday, a combined exercise concluded in the territorial waters and exclusive economic zone of Lithuania in the Baltic Sea. The training event was attended by vessels from the Lithuanian Navy and Standing NATO Mine Counter-Measures Group ONE (SNMCMG1), said the Ministry of National Defence. 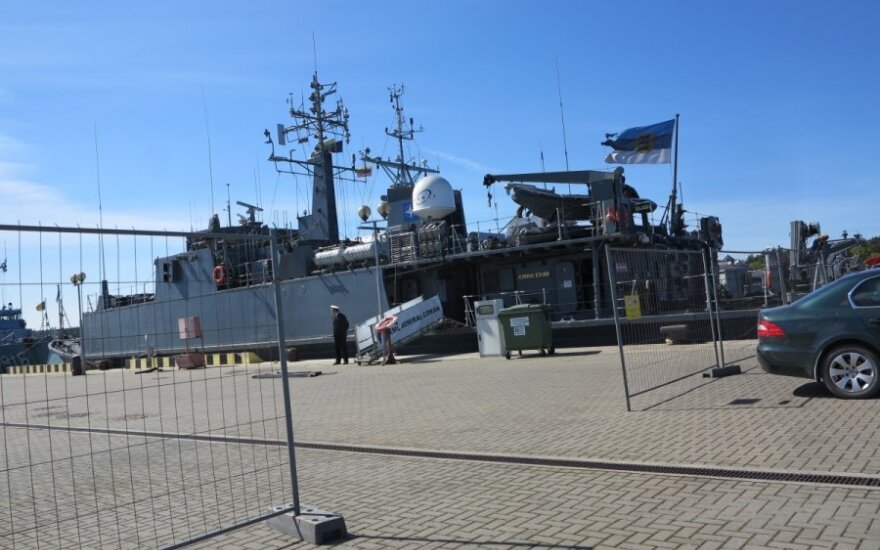 The exercise that took off on 11 August tested and enhanced readiness of the ships assigned to SNMCMG1 for joint operation. The Lithuanian vessels involved in the exercise trained interoperability with SNMCMG1 and rendering Host Nation Support to allied forces in case of necessity.

The ship crews trained formation manoeuvring, hunting and disposing of mines and other explosive ordnance at sea, providing search and rescue, assistance to ships at distress, detention and search at sea, countering attacks of small-sized speedboats, gunnery, and other actions.

SNMCMG1 completes at-sea mine clearance operations, and attends multinational training events within NATO framework and with NATO partners in the waters of Northern Europe.

SNMCMG1 vessels are committed by naval NATO member states and led by commanders posted by NATO countries on a half-year rotational basis.

Commander Giedrius Premeneckas of the Lithuanian Navy will be in command of SNMCMG1 from the beginning of August till the end of the year. This is the first time of Lithuania taking command of Standing NATO Mine-Counter Measures Group One.

Lithuania has also committed LNS Jotvingis (N 42) serving as SNMCMG1 platform of command in the second semester of 2014. The Jotvingis also hosts the international SNMCMG1 staff formed by Lithuania, Estonia, Latvia, Norway, Turkey and Germany, with the majority of them posted by Lithuania.

Apart from the Jotvingis the current SNMCMG1 rotation is made up of mine counter-measures vessels from another 5 NATO states (Estonia, Latvia, Poland, Norway and Germany).

Mayor of Kaunas signs up for military volunteer training

Andrius Kupčinskas, the mayor of Lithuania's second-largest city Kaunas, and several other municipal...

Women are flooding in to learn subtleties of war