BNS
aA
The Lithuanian lawmakers, being sent to China, are well-prepared to raise human rights issues, Speaker of the Seimas Viktoras Pranckietis says. 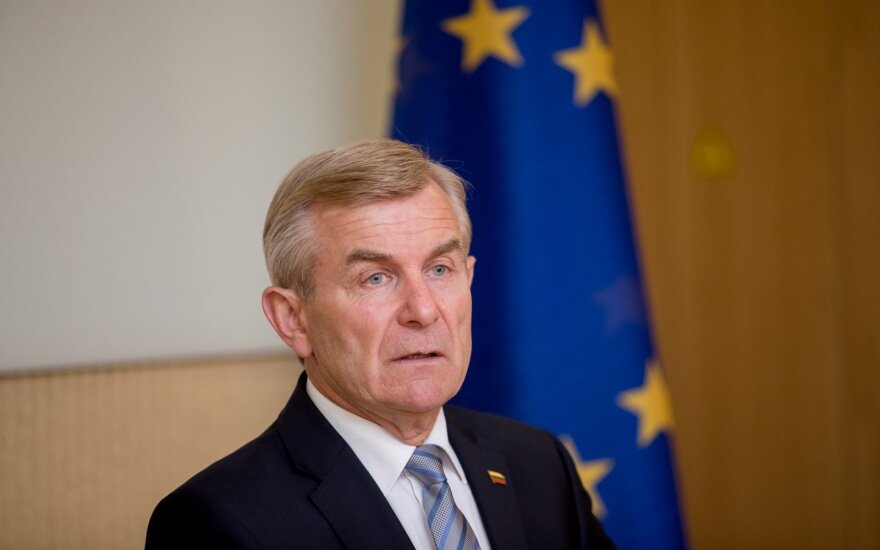 In his words, the Lithuanian delegation must go to China as representatives of Latvia and Estonia are also going.

"Three Baltic delegations are going. Initially, we considered whether we should go but it would have probably been seen as a slap in the face, if we had not traveled, if two countries are going and the third is not. The size of the delegations is the same," Pranckietis told the Žinių Radijas news radio on Wednesday.

"The program has been proposed by the Chinese side and this is what it is," he added.

Delegations from the Latvian and Estonian parliament will also travel to China.

Besides other meetings, the lawmakers will meet with the president of Tibet Autonomous Region People's Congress Standing Committee.

Tibet lost its autonomy from China back in 1951 after Beijing deployed its army in the territory that had declared independence. China says it freed Tibet but local residents and part of the international community accuse the central government of religious suppression and annihilation of the Tibetan culture.

Beijing rejects criticism and says significant social and economic achievements have been recorded during the Chinese rule and cultural and religious heritage is honored and protected.

Representatives of Lithuanian NGOs say the MPs' visit to Tibet will be viewed as acceptance of Beijing's policy in the region.

"We have the "One China" treaty and cannot ignore it," Pranckietis explained, adding that Lithuanian politicians can stress the importance of human rights.

"I believe they are free and well-prepared to discuss what we consider important, the human rights. I think they will have an opportunity to get acquainted with that," the Lithuanian parliamentary speaker said. "Perhaps it's not the best example by when people also came to Lithuania, when it was occupied, they met with someone but de facto there was one government then."

Vilnius-Beijing ties are mainly economic as China wants to restore the historic trade routs in Central and Eastern Europe. The second-largest economy in the world wants to invest in infrastructure in the region, although some countries, including Lithuania, are concerned that investment from Communist China might bring Beijing's unwanted influence on internal affairs.

Decorative signs in the Lithuanian and Tibetan languages will be unveiled in Tibeto Skveras, a small...