BNS
aA
Mindaugas Puidokas, a lawmaker of the ruling Lithuanian Farmers and Greens Union (LFGU), said that he has turned to NATO Secretary General Jens Stoltenberg and members of the NATO Parliamentary Assembly over Rasa Juknevičienė's statements regarding his party. 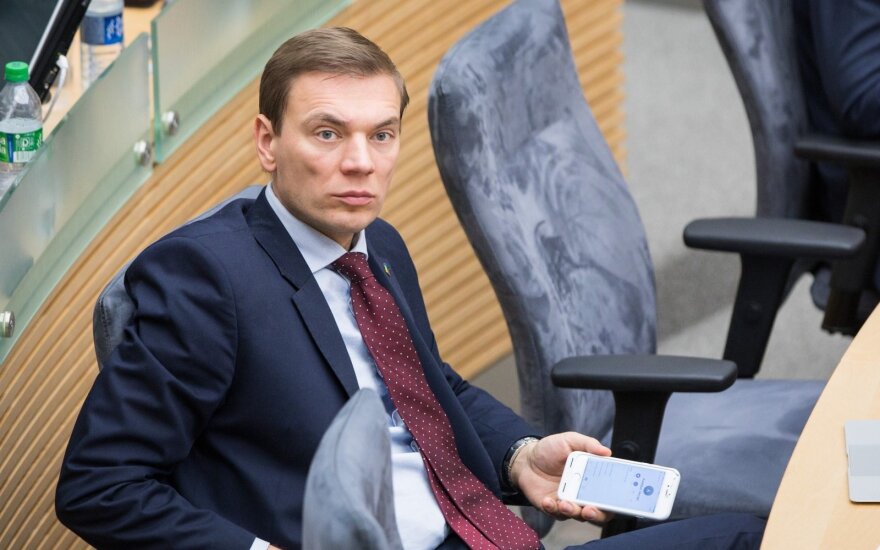 Juknevičienė, a member of the opposition Homeland Union–Lithuanian Christian Democrats, has, in turn, wrote a letter to NATO PA delegations to apologize for internal political squabbles having gone outside of the country, describing the LFGU lawmaker's letter as an unprecedented affront.

Puidokas says in his letter that despite the LFGU's contribution "to strengthening Lithuanian national defense and consistent implementation of our commitments to NATO", Juknevičienė describes the party as "pro-Russian", accuses them of working for Russia and has called its leaders "the Kremlin's agents".

The lawmaker pointed out in the letter that Lithuania's defense budget this year accounts for 2 percent of GDP, a considerable increase compared with 2017.

He referred to Juknevičienė's Facebook posts, in which she calls LFGU Chairman Ramūnas Karbauskis "a Kremlin agent".

Juknevičienė on Thursday described Puidokas' letter as "unprecedented" and detrimental to Lithuania.

"I have been working in the NATO Parliamentary Assembly since 1999, and we have had representatives of very different parties in the delegations (...). Our attitudes differed categorically within Lithuania, but we always held a very united front in that delegation. Lithuania's image was at a very high level," she told BNS.

"This is an unprecedented event. It is already causing misunderstanding among our colleagues. It was from some NATO PA delegations that I received that information. Their reaction is unambiguous: these are internal policy matters that are being somehow imposed on the NATO Parliamentary Assembly," she said.

Viktoras Pranckietis, the speaker of the Seimas, said that he had not yet seen Puidokas letter, but promised to look at the situation.

The Standing Committee of the NATO Parliamentary Assembly will hold a meeting at the Lithuanian...