Lithuanian move at OSCE HQ may trigger "war of exhibitions"

BNS
aA
After Lithuania and Ukraine attempted to open an exhibition on annexation of Crimea at the headquarters of the Organization For Security and Cooperation in Europe (OSCE), a "war of exhibitions" may break out in the palace in Vienna, says the organization's secretary general. 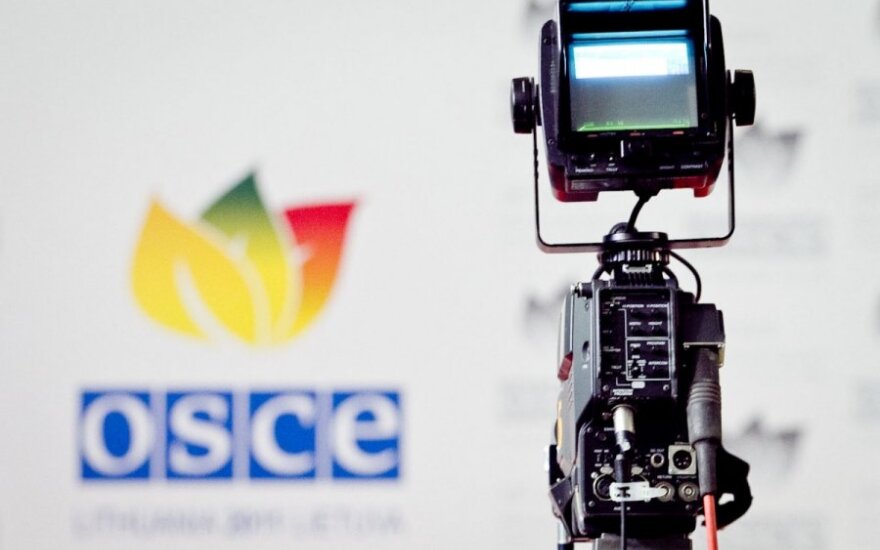 OSCE Secretary General Lamberto Zannier said on Monday that the opening of the exhibition was halted, as he wanted to consult officials of member-states following Russian protests.

"Exhibitions in the Hofburg have always been consensual. The decision had nothing to do with Crimea in itself because obviously the policy of the organization is very clear. I myself have declared this annexation of Crimea is illegal and is against the basic principles of the OSCE," Zannier said in an interview to BNS in Vilnius.

"The point was that the exhibition was against the country that annexed Crimea. This country obviously reacted and said: well, if we now abandon the principle on consensus of exhibition, then there is our right to have our own exhibitions on neo-Nazism in OSCE area, on the victims of the Fascism in Donbass and whatever," the OSCE leader said.

"So I felt that there was a risk of war of exhibitions starting. So before authorising this I wanted to have a consultation with everybody, because these are not regulated, to regulate them. And so, in a way, we had this discussion. Most countries said, well, if it has to be the war of exhibitions, let's have it. So, fair enough, that's what we'll have in future. The next exhibition will be organized by the Russian Federation on the Great Patriotic War. We regulated them a week, we assigned the room for this and so we will have more politicized exhibitions in future," said Zannier.

He said the consultations on Vaitiekūnas' photographs gave a green light to the exhibition, but "they had organized it somewhere else in the meantime and this couldn't be done anymore".

Lithuania's Foreign Ministry then said that the exhibition was aimed at drawing the attention of OSCE representatives at the unlawful occupation and annexation of the Crimean peninsula and related violations of human rights.