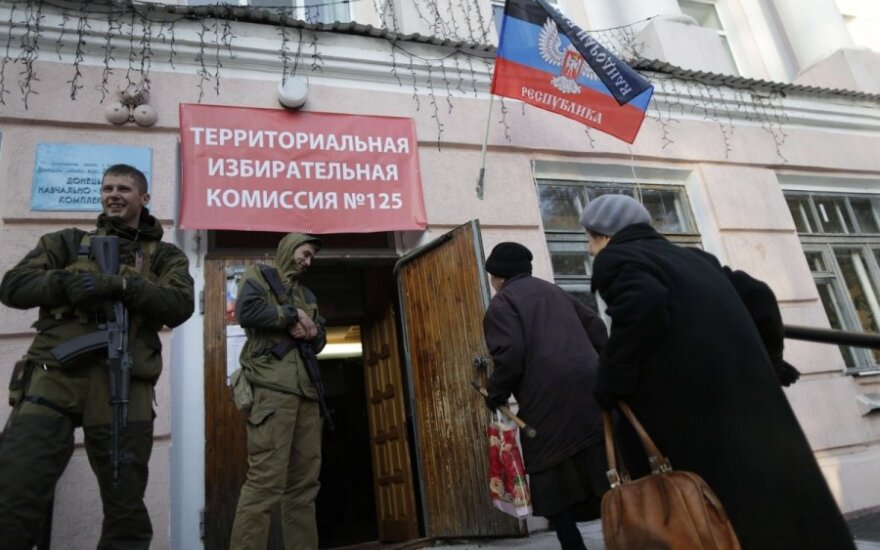 The ministry says in the statement that these acts, directly supported by the Russian Federation, represent a gross violation of Ukraine’s territorial integrity, contradicts international law, the laws of Ukraine and the September 5 Minsk agreement. These acts do not allow for a free expression of political will by the citizens in Ukraine’s Donetsk and Luhansk regions. The “local authorities” formed on the basis of such farce “elections” will have no democratic legitimacy.

The vote organized by the leaders of the so-called “Donetsk and Luhansk people's republics” escalates the conflict in the east of Ukraine and will have severe repercussions for Russia’s relations with the international community. Further invasion by the Russian army into Ukraine and continuous violation of the cease-fire by the illegal armed groups raise a particular concern.

Russia once more ignored the norms of international law by sending, on 2 November, already the fifth so-called “humanitarian convoy” into the east of Ukraine. It was not coordinated with the Government of Ukraine nor with the international humanitarian organizations and cynically used the goals of humanitarian aid as a cover for directly assisting the armed separatists.

The Ministry reiterates its protest against the Russian Federation’s armed aggression against Ukraine and calls on Russia to respect the commitments of the Minsk agreement to withdraw its forces from the territory of Ukraine, end any support for armed groups in Donbass, and to restore the state border control with Ukraine.

The Lithuanian government has issued a statement saying it regrets Russia ’s decision to block the...