Lithuanian minister of health steps down

BNS
Lithuania's Health Minister Vytenis Povilas Andriukaitis has confirmed his resignation. His successor will be known later in the day, with the Seimas' Social Democratic Vice-Speaker Algirdas Sysas named as one of the most realistic candidates. 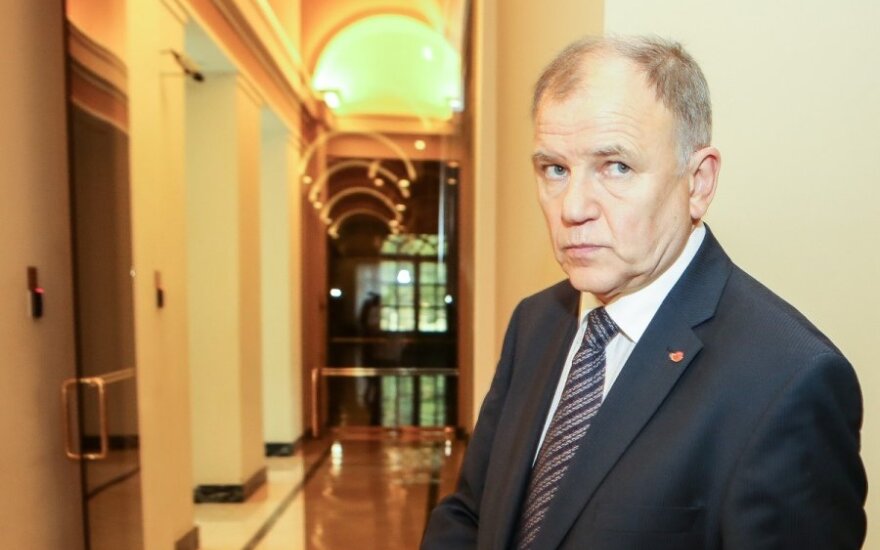 "Yes, I have written my letter of resignation and I ask not to be included into the new government. I will submit it after the prime minister is confirmed in the Seimas and I will bring it to the Chancellery of the Government," Andriukaitis told BNS.

Explaining his decision to change his mind - as he previously said he would work until 20-23 July - Andrukaitis told BNS he wanted to hand over all the work to the new minister as soon as possible.

"Because I am preparing for a new job. It would be good to hand over the work to the new candidate as soon as possible," he said.

Andriukaitis has been approved by the Lithuanian government as the country's delegate to the European Commission.

Sysas later told BNS the party's presidium is holding a meeting on Tuesday to discuss candidates to replace Andriukaitis as well as new health vice-ministers. According to Sysas, it should become clear in the evening as to whether he himself would agree to become health minister and replace Andriukaitis.

"We hope to see a new minister on Thursday," he said during a meeting with the opposition Liberal Movement political group.

Lithuanian President Dalia Grybauskaitė is expected on Wednesday to sign a decree on the composition of the new government and new ministers would be sworn in in the Seimas on Thursday.

Health Minister Vytenis Povilas Andriukaitis of the Social Democratic Party will remain in his post...

The Seimas of Lithuania has backed the nomination of Vytenis Povilas Andriukaitis, of the Social...