BNS
aA
Evelina Gudzinskaitė does not plant to resign as director of the Lithuanian Migration Department under the Interior Ministry after receiving a negative assessment of her work. 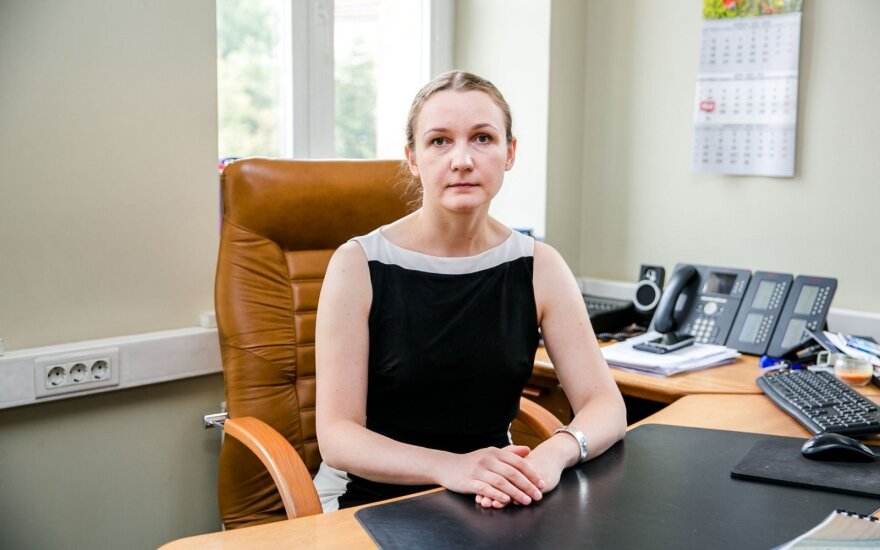 Interior Minister Eimutis Misiūnas, who informed Gudzinskaitė about the negative assessment on Wednesday, criticizes the director for her handling of problems faced by the department, insufficient public communication and a lack of strategic thinking.

Misiūnas said that Gudzinskaitė's work would be repeatedly assessed in half a year's time and the ministry would be able to dismiss her if she received a second negative assessment.

Gudzinskaitė admits that the minister criticized her for her work, but says that he did not call on her to resign.

"It is not the department's fault that immigration is growing. Of course, opinions differ on individual issues. But I would nevertheless like to look at our common goal," the director said.

"I reiterated to the minister that I am determined to cooperate with the Interior Ministry and continue to make constructive proposals on how to improve the situation", she said.

Misiūnas, for his part, said that he had already expressed his no-confidence in the director.

"I can't say that I have to fire her now. She is not a political appointee and the law does not give such a power to me. So, we will continue to work this way," he said.

One of the latest reproaches to the director is for the department's failure to hire an extra 12 staff although it has been allocated funds for that purpose. Foreigners applying for residence permits or visas now have to queue outside the department's building from early in the morning in the cold, but there is no guarantee that they will be served.

The Interior Ministry last year investigated the circumstances of migration officials providing information to the Russian Constitutional Court, refusing asylum to Russian journalist Yevgeni Titov and granting a residence permit to Anton Treushnikov, an adviser to the council of SMP, a bank linked to Russian President Vladimir Putin.

Only the probe into the Treushnikov case found a formal violation of the law.

The Interior Ministry announced last October that it was initiating an overhaul of the Migration Department.

Misiūnas said on Wednesday that his criticism of Gudzinskaitė had nothing to do with the ministry's plans to reform the migration system and promised to unveil these plans to the public in the near future.

Refusals in extension of a residence permit in Lithuania. Causes and consequences.

Since 2017, amendments to the law of the Republic of Lithuania “On the Legal Status of Aliens”...

Visa-issuing delays in the Migration Department subordinate to the Interior Ministry is a result of...