(3)
BNS
aA
Greek Prime Minister Alexis Tsipras' speech in Strasbourg on Wednesday did not convince Lithuanian MEPs who said they only heard excuses but not real proposals on ways to deal with the debt crisis after Greek voters turned down creditors' demands in a referendum on Sunday. 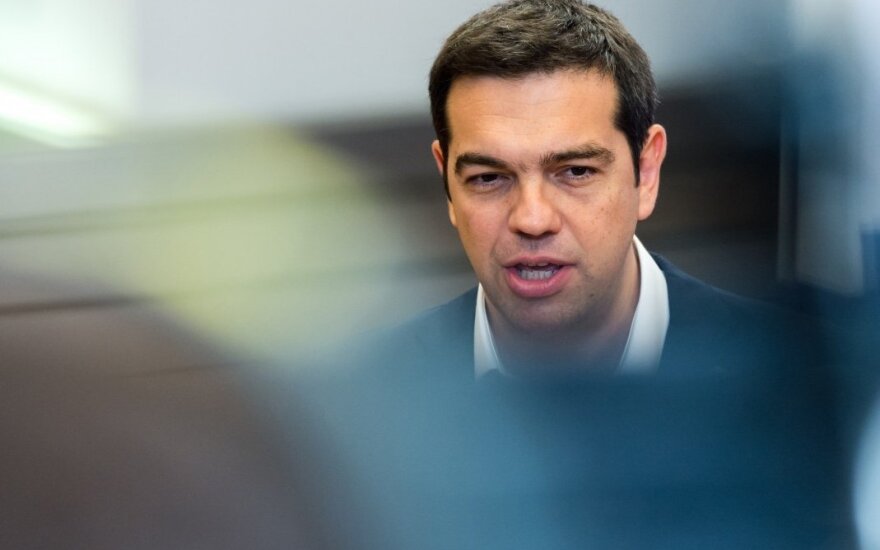 "It was a political speech that in fact justified the government's inactivity, and was also an attempt to present a lot of various arguments on how tough the situation in Greece is. After hearing Tsipras' speech today I am not completely sure about tomorrow as he did not make me believe that the situation will change," Liberal MEP Petras Auštrevičius told BNS.

Conservative MEP Gabrielius Landsbergis said he heard nothing new in the Greek prime minister's speech, except for accusations against Europe.

"A special reaction in the EP hall was caused by the statement that all the money the creditors gave Greece did not reach the people of Greece, which is complete absurd as loans were taken, infrastructure, services were developed and it was done irresponsibly and without wanting to take responsibility for that," Landsbergis told BNS.

He believes the Greek prime minister was not prepared to speak in the Parliament and did not present any specific proposals.

Labour Party leader Valentinas Mazuronis told BNS the Greek prime minister's speech left "a strange impression". "It seems to me that it's a rather dishonest position. He says he will definitely submit a reform plan but, as we know, they arrived yesterday with a blank page. So it seems that he says one thing and acts differently. I therefore think their position is not completely honest," Mazuronis said.

Meanwhile Social Democrat Vilija Blinkevičiūtė underlined that all major EP groups are in favour of Greece staying in the eurozone, but for that there needs to be a specific action plan. She also said she had never in her two EP terms seen that a prime minister would cause such a stormy reaction.

"We are in favour of Greece staying in the EU and eurozone but they have to make certain decisions," Blinkevičiūtė told BNS.