BNS
At the European Parliament (EP) vote in Brussels on Thursday on distribution of 120,000 refugees among European Union (EU) member-states, the opinions of Lithuanian MEPs split. 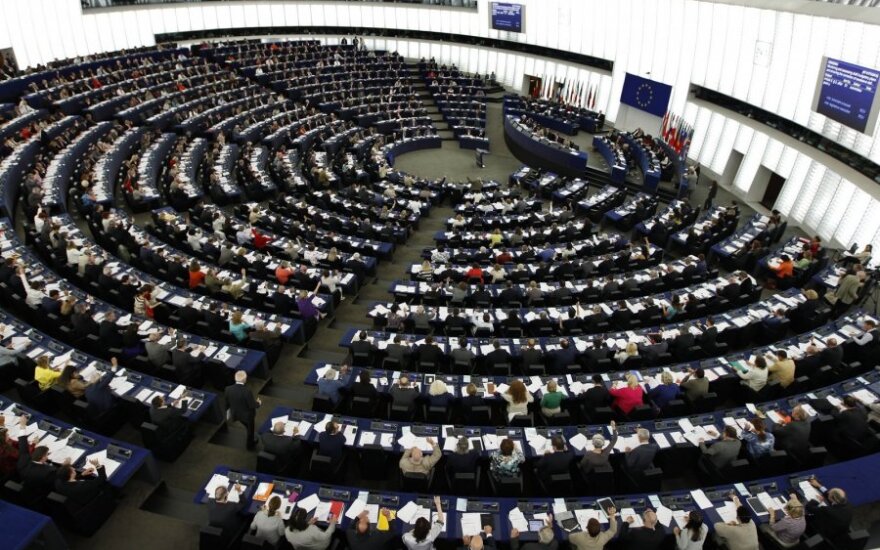 Among those who voted against the proposed scheme were leaders of the Order and Justice party, the Labour Party and the Electoral Action of Poles in Lithuania, Rolandas Paksas, Valentinas Mazuronis and Valdemar Tomaševski.

The leader of Lithuania's conservatives, MEP Gabrielius Landsbergis, Bronis Ropė of the Peasant and Greens Party and the Labour Party's Viktor Uspaskich did not attend the meeting.

Landsbergis' adviser Jonas Survila told BNS that the MEP could not be present at the extraordinary meeting, adding that he "would have supported the party's position and voted in support".

Mazuronis, who voted against the plan, said it did not benefit Lithuania and Europe, making the most critical remarks about the proposed penalty amounting to a "financial contribution" of 0.002 percent of the gross domestic product (GDP) for countries refusing to participate in the resettlement scheme.

"The commission's proposal, which includes mandatory distribution of refugees and quotas by way of the penalty system, is I think wrong and will not lead to solution but, instead, to arm wrestling and unnecessary tensions within the EU, which may cause strengthening of Euro-sceptical forces. This will definitely not lead to solution to the refugee crisis, quite the opposite – it will escalate the willingness of refugees to make way to any EU country," Mazuronis told BNS.

Meanwhile Auštrevičius referred to the results as to "a politically correct decision," which will demonstrate Europe's solidarity and willingness to ease the burden for Hungary, Italy and Greece.

"I am not saying this is the final and permanent distribution mechanism. EU politicians may not be ready for such decision yet. Let it be a decision that shows a solution, not just sighing about the problem," he said to BNS.