the Lithuania Tribune
aA
Britain wants all the privileges of being in the EU and none of the obligations, says Lithuanian MEP Zigmantas Balčytis commenting on the deal recently reached between the United Kingdom and the EU that is meant to stave off the possibility of Brexit. 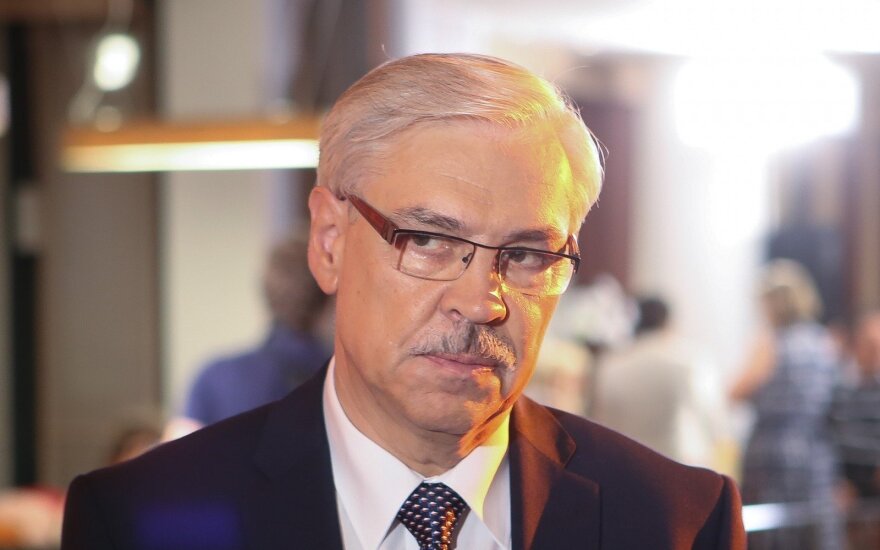 "The agreement meets in full the British demands and grants London the discretion to cut social security benefits to migrants, to dissociate the UK from monetary policies of the EU and to shun deeper European integration," Balčytis, member of the Progressive Alliance of Socialists and Democrats in the European Parliament, said in a statement.

The deal negotiated by Britain's PM David Cameron allows the UK to push a seven-year emergency brake to restrict in-work benefits for EU migrants and index child benefits to the cost of living for migrants' children living abroad.

The agreement also includes a provision allowing any single non-eurozone country to force a debate among EU leaders about "problem" eurozone laws, albeit not a veto; and an unequivocal opt-out stating that EU treaty “references to ever-closer union do not apply to the United Kingdom”.

After reaching the deal in late February, Cameron said the UK will hold an in-out referendum on EU membership in June.

Lithuania's Balčytis says the UK stands much to lose from quitting the EU, accusing Cameron of using the issue to gain political points.

"Nobody gave David Cameron the right to put the destiny of the UK at risk for the sake of internal political games," Balčytis said. "Cameron's pre-election promises to arrange a referendum on Brexit have now turned into unavoidable and menacing reality."

"Immigrants are accused of being too expensive for the British economy and demanding too much. But the UK government is silent on the fact that those poorly paid immigrants generate a great of the UK's GDP," according to Balčytis.

"The UK is playing a very dishonest game by taking the best the EU has to offer while leaving out the rest," Balčytis said, naming free movement of people and capital as the key advantages that Brits enjoy in the EU.

On the other hand, the British referendum will provide a good opportunity to take a better look at the EU.

"The upcoming referendum in the UK encourages people to re-evaluate the true benefits of belonging to the EU, its advantages and disadvantages, particularly in those member states that tend to blame the EU for the failures in their national politics," Balčytis believes.