the Lithuania Tribune
aA
Lithuanian MEP Antanas Guoga is "the closest thing the [European] Parliament has to a Donald Trump, according to Politico, a description that resonates with recent controversy that has surrounded the liberal politician at home. 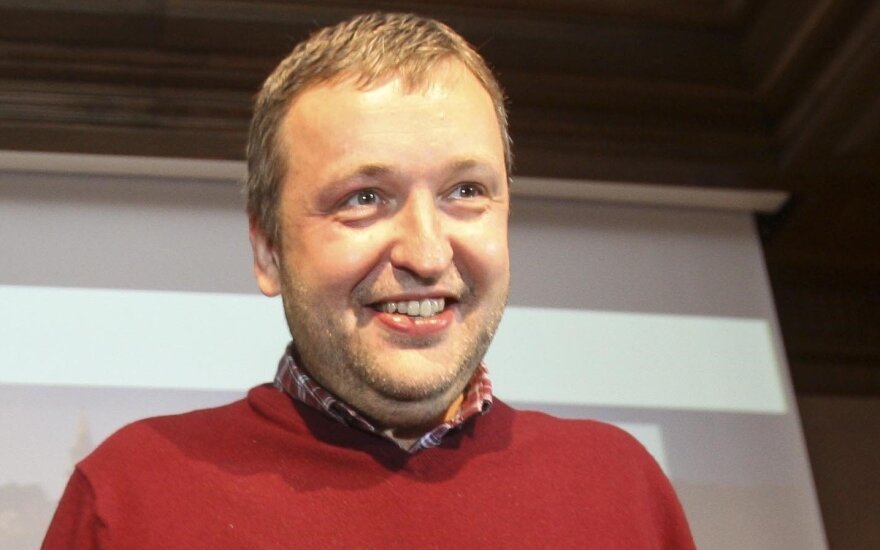 The popular news websites picked its top 40 most influential members of the European Parliament, putting the Lithuanian businessman-politician at the 38th spot.

"This Lithuanian MEP brings something often missing from Parliament: charisma. The closest thing the Parliament has to a Donald Trump, the independently wealthy Guoga is unafraid to tackle the most sensitive issues in new ways. Whether that is rapping about Greek economic complacency, slamming Vladimir Putin on Twitter, or pointing out how the Schengen zone is helping to depopulate his home country," Politico summarizes Guoga's appeal, calling him a "rising star".

The latter designation contrasts sharply with Guoga's political fortunes at home where he has been ostracised by his party, the Lithuanian Liberal Movement, and liberal pundits alike.

Until recently the deputy chairman of the Liberal Movement, Guoga was forced to leave the party this week in the wake of controversial comments about corruption allegations against fellow liberal and party leader Eligijus Masiulis. Guoga suggested that Masiulis, who is suspected of taking a bribe from a business company, might be guilty and that corruption could be running deep inside his party.

Guoga's past career as a poker champion has given fertile ground for puns by commentators noting his lack of political judgement when handling the political crisis that befell his party.

Some liberals have even suggested Guoga should give up his seat at the EP he was elected to on the liberal ticket.

Conservatives in no rush to accept Guoga into ranks

The Liberal Movement is to discuss a motion to expel the party's acting leader Antanas Guoga ....

According to European Parliament member Antanas Guoga , who has become the temporary leader of the...

Antanas Guoga , who became the acting head of the Liberal Movement following the resignation of...