BNS
aA
The Lithuanian Liberal Movement will not be eliminated and will continue operations, with the new leader to be elected in congress, not by way of direct election, the embattled party's council decided in Vilnius on Saturday. 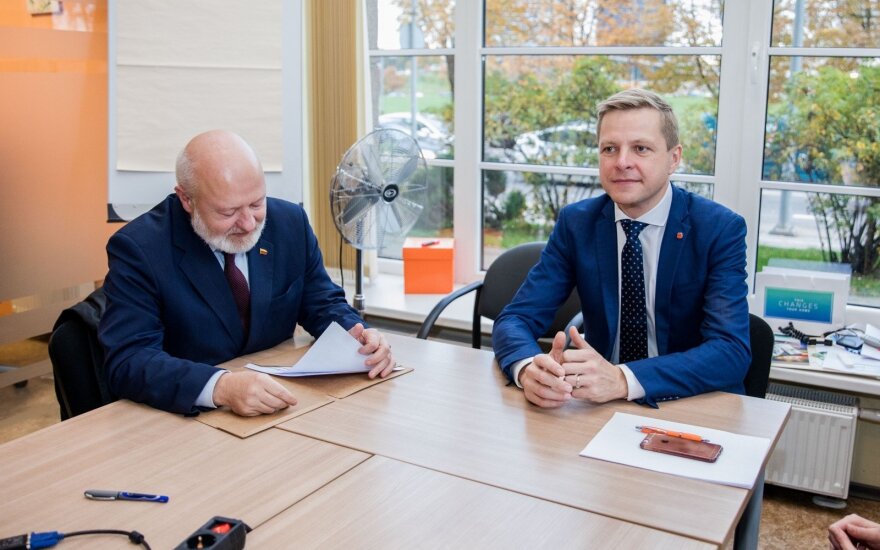 The Liberal Movement will hold a congress on Dec. 9.

Eugenijus Gentvilas, the party's acting chairman, told council members on Saturday he was in support of keeping the current party.

"I will repeat the classical quote by Remigijus Šimašius – a lady in a different dress does not become a different person," he said.

MEP Petras Auštrevičius who had proposed founding a new Liberal party expressed regret over the political force's lack of maturity for the move.

Šimašius, mayor of the Lithuanian capital Vilnius, stepped down from leadership of the Liberal Movement a few weeks ago after his three deputies, including Auštrevičius, resigned to facilitate faster changes within the party.

In light of the information received from the law-enforcement, the Central Electoral Commission a few weeks ago established gross violations during the 2016 parliamentary election campaign and left the Liberal Movement without a state grant of nearly 400,000 euros.

The Liberal Movement has 13 mandates in the country's 141-seat parliament.

MP Eugenijus Gentvilas will act as caretaker leader of the Lithuanian Liberal Movement after...