BNS
aA
The board of the Lithuanian Liberal Movement has annulled the Vilnius branch's decision to run in next March's municipal elections on the ticket of a newly-established public election committee. 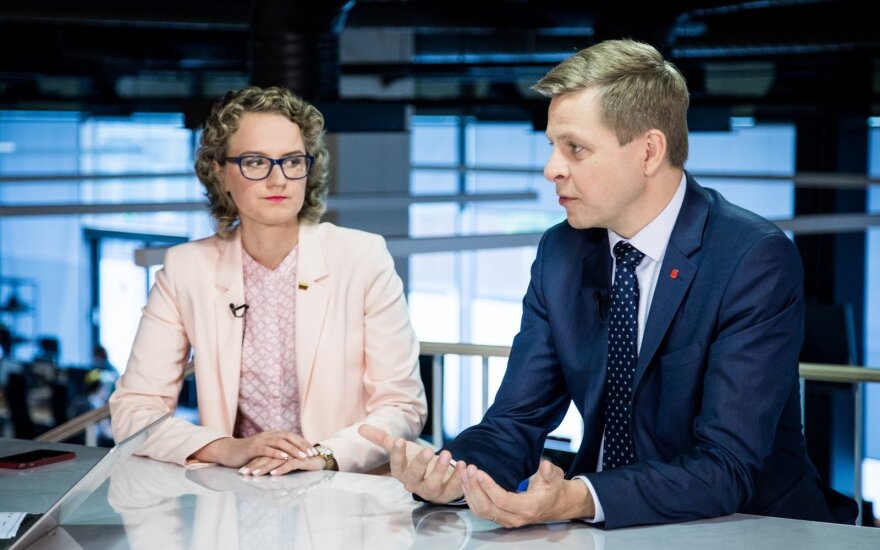 The board made the decision after almost four hours of discussions on Wednesday, with 11 members voting in favor, six against and two abstaining.

Vilnius Mayor Remigijus Šimašius resigned as the party's vice-chairman during the board's meeting.

"I find it unacceptable for me to be a vice-chairman of the party. I stepped down for a number of reasons (...), including the party's policy-making, failure to consult (members) and some odd things," he told reporters after the meeting.

The board gave the Vilnius branch until October 31 to reconsider the resolution it adopted last week.

MP Aušrinė Armonaitė, the Vilnius branch's head, said she would appeal the board's decision to the party's Ethics and Transparency Commission.

The opposition Liberal Movement's leadership also decided that any Liberal standing in municipal elections as a candidate of another party or a committee would have his or her membership automatically suspended.

The Liberal Movement's Vilnius branch decided last week to form a public election committee for next March's elections, led by Remigijus Šimašius, the capital's current mayor and a former chairman of the party.

Some of the capital's Liberals plan to run on a separate list backed by the Liberal Movement.

Eugenijus Gentvilas , chairman of the Lithuanian Liberal Movement, has called on Remigijus...

Municipal elections: some mayors could win in the first round

Eligijus Masiulis , a former leader of the Liberal Movement , pleaded not guilty to all charges in a...