BNS
aA
After MEP Petras Auštrevičius expressed doubts about the election for the Lithuanian Liberal Movement's leadership that was won by MP Eugenijus Gentvilas by a margin of a single vote, the party's representatives pledged to crosscheck the discrepancies. 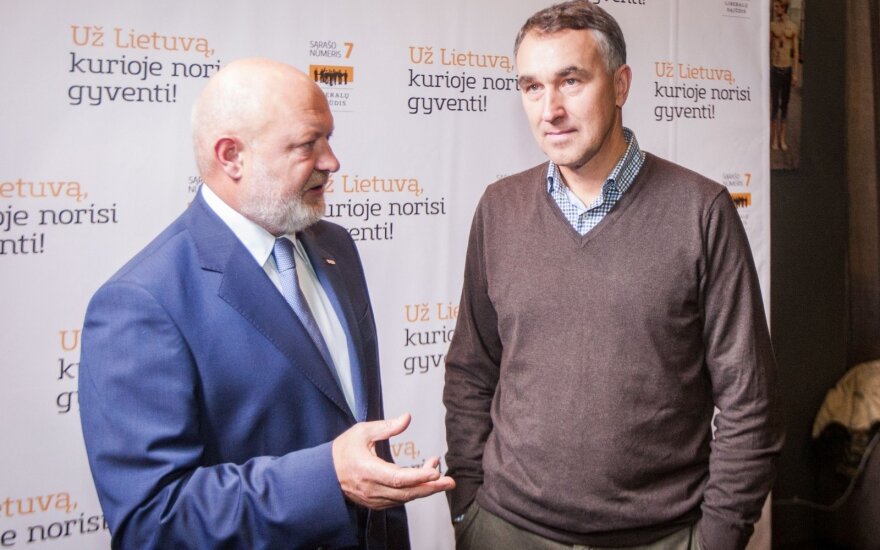 Gentvilas reportedly won a narrow victory against Vitalijus Gailius, chairman of the parliamentary Anti-Corruption Commission, in the Saturday's elections for the Liberal Movement's leadership, supported by 330 members against 329.

"The 330 against 329 result is more than interesting when you end up learning that 662 persons voted in the ballot, while 656 had been registered. Political magic of numbers?," Auštrevičius wrote on Facebook in late hours of Saturday.

Dovilė Tuskenytė, the party's communications chief, said the discrepancies would be checked.

She refrained to comment on how the ballot could include more delegates than the number of registered participants.

In Gentvilas' words, the party is working to verify the situation but the winner should not change.

The party's congress also approved eight deputies to the chairman. Auštrevičius resigned from the position in October and was not appointed as vice-chairman during the last election.

The Lithuanian Liberal Movement on Saturday elected Eugenijus Gentvilas , the elder of the party's...