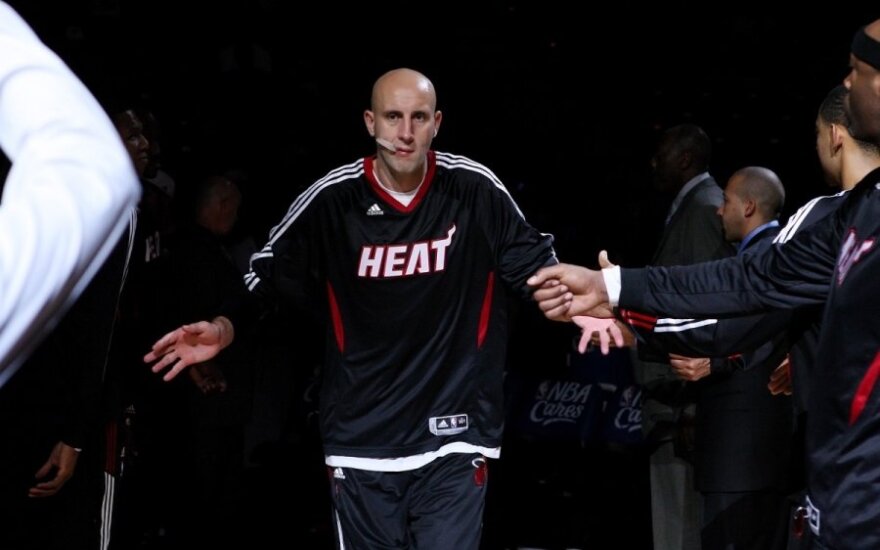 The President's Office is submitting an amendment to the Law on Citizenship, suggesting to allow dual citizenship in some cases.

Lithuania's current legislation does not provide for a possibility to hold dual citizenship except under very exceptional and strictly-defined circumstances.

"Lithuanian President Dalia Grybauskaitė is submitting to parliament an amendment to the Law on Citizenship which would institute a right for Lithuanian citizens with special merits to our country to have dual citizenship without losing their Lithuanian passport," according to a statement from the President's Office.

The statement also mentions a case of Isabella Tobias, American ice skater who was granted Lithuanian citizenship so she could represent the country in this year's Sochi Olympics. According to President Grybauskaitė, it would be unfair to strip Ilgauskas, who has played in Lithuanian national basketball team, of his citizenship.

"Lithuania is proud of its citizens who promote its name in the world. It is unfair that Lithuanian nationals with special merits to the state were forced to give up the passport of their native country," President Grybauskaitė is quoted in the statement.

"I approve of this proposal," he says. "We cannot be wasteful when it comes to people who have done much for Lithuania."

The social democratic MP adds, however, that the proposed amendment might not help Ilgauskas keep his Lithuanian passport.

Ilgauskas, who has been living in the United States since 1997, played with the Cleveland Cavaliers for 14 years. However, he only played three games with the Lithuanian national team, which might not qualify as exceptional merits for the country, according to Sabatauskas.

"I doubt this could apply to Ilgauskas. I do not recall him playing with the national team in either European or world championships.

"I can understand him. As far as I know, he was angry with the then head coach of the team. But his rapport with the coach should not have a bearing on his relation to the state," Sabatauskas says.

He adds that Ilgauskas's career in the NBA might not qualify as merits to Lithuania.

"I can understand that he is a famous players, he played with the Cavaliers and [Miami] Heat. But it's his job. Is it some special merit, to play for money?" Sabatauskas speculates.

The chairman of the Seimas Legal Committee notes that dual citizenship is a very sensitive issue in Lithuania and therefore politicians should be cautious in their decisions.

Under the current Law on Citizenship, dual citizenship is only allowed for those who left Lithuania before the country regained independence in 1990 and those who acquired citizenship automatically through birth or marriage.

NBA player Ilgauskas to be stripped of Lithuanian citizenship (2)