BNS
aA
Former Georgian president and one of the last foreign ministers of the USSR Eduard Shevardnadze died in Tbilisi on Monday, aged 86. Lithuanian leaders say he was a controversial figure, whose legacy will include both great achievements and misdeeds. 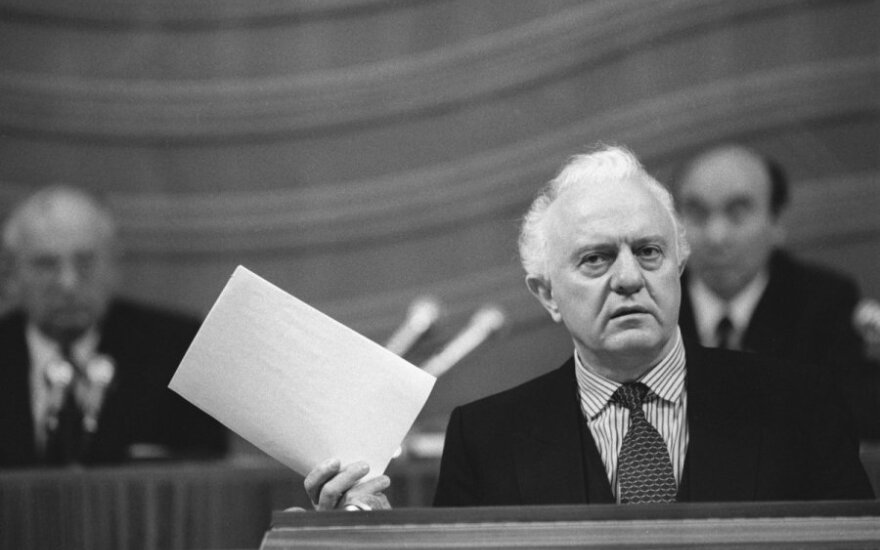 According to Lithuania's first post-independence leader Vytautas Landsbergis, Shevardnadze bravely warned the world about the impending coup attempt when he resigned as Soviet foreign minister in 1990. On the other hand, Landsbergis says, his actions went against independence efforts of the Baltic states.

"Shevardnadze's resignation as Soviet foreign minister was a strong political and diplomatic move, a warning that should have been noted but it wasn't. He said he was resigning because a military coup was on the way in the Soviet Union. Forces that were resisting the reforms started by Mikhail Gorbachev and wanted to turn everything back, to suppress freedoms and get back to the Stalinist dictatorship, were getting ready for a coup. With his resignation and public statements, Shevardnadze warned the Soviet Union and the world," Landsbergis told BNS. 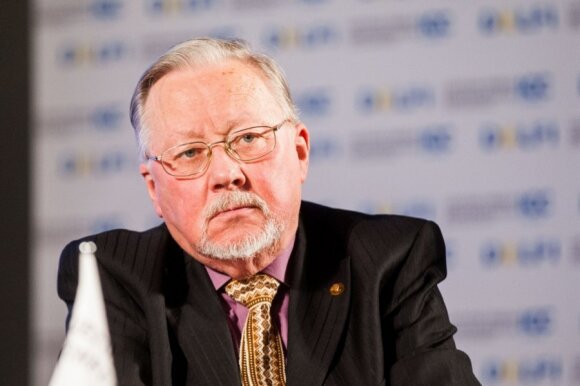 In his words, Shevardnadze acted "very bravely and resolutely" at the time. He did not discount the possibility, however, that his resignation might have been also influenced by the 1989 massacre in Tbilisi, when Russian troops used guns to crack down on protesters in the Georgian capital.

Despite his courage, Shevardnadze was a controversial politician, Landsbergis says, as he was the one who tried to convince the West during conversations that they should not back independence of the Baltic states, since it would allegedly bring harm to everyone.

"At the time, he was executing the Soviet Union's orders and functions, he was trying to convince (the West) that they should not support Lithuania as it would undermine Gorbachev's policies and the recently-launched reforms. We were the opponents there, of course, and we had to prove the opposite, that Lithuania's move towards democracy may spark changes in the Soviet Union and not vice versa," Landsbergis said.

He said he met with Shevardnadze only once.

"I believe his good deeds meant more than bad ones or failures," he told BNS on Monday.

Valionis said he met Shevardnadze some five times during his time as Lithuania's foreign minister, including his meeting during the 2003 Revolution of Roses that deposed Shevardnadze and brought Mikheil Saakashvili to power. 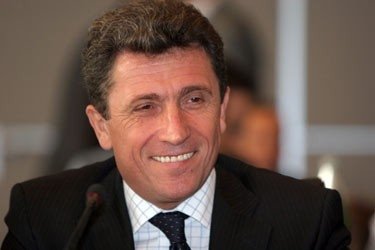 Valionis, Lithuania's foreign minister in 2000-2006, said Shevardnadze made many mistakes when serving as Georgia's president in 1995-2003, but he was always an open politician.

"I met him four or five times when he was Georgia's president. His activities were controversial. The country under his rule did not manage to get everything in order and that sparked the dissatisfaction and the revolution. I saw this man's honesty and his open way of speaking all the time. During informal conversations, he used to tell about his adventures, if we may say so, in different situations. He was a product of the generation that made a huge impact on the world, the Soviet Union and Lithuania as well. I believe his good deeds meant more than bad deeds or failures," Valionis told BNS.

He stepped down as the Soviet Union's foreign minister in December, 1990, in protest of "the upcoming dictatorship" and also left the Soviet Communist Party.

Jon Baldvin Hannibalsson was the foreign minister of Iceland in 1988-95. Under his leadership,...