BNS
aA
Lithuania's leaders encouraged Lithuanians to pursue bold dreams and ambitious goals and be proud of their achievements as the nation ushered in its centenary year. 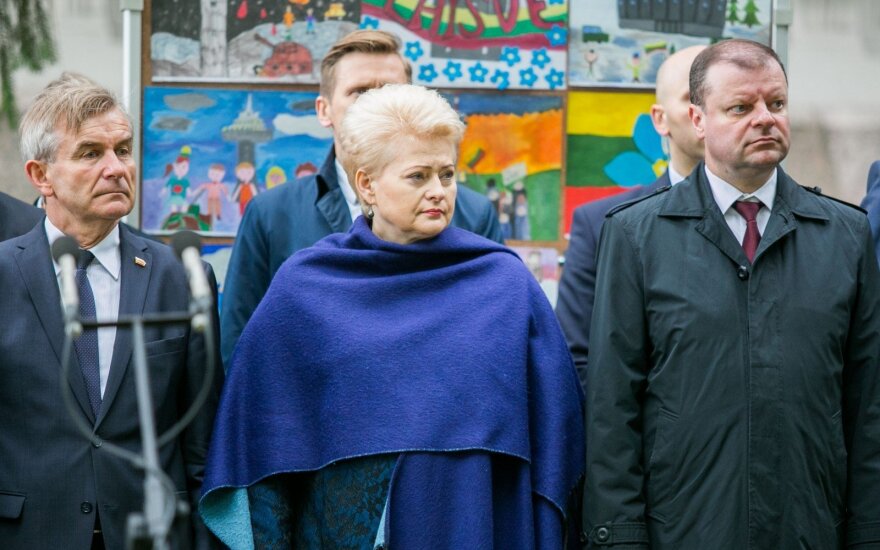 "We are at a historic junction of two centuries! On one side, there is a long road of trials on which our nation twice gained its independence. On the other side, there is a new century and immense opportunities for Lithuania. It is our common creation, our life and our future," President Dalia Grybauskaitė said as she congratulated the nation on the New Year.

"Let us not be afraid to dream and set the most ambitious goals for ourselves. We will have the strength to achieve them. Let the coming century be a century of uninterrupted freedom and prosperity!", she said.

In his New Year's message, Viktoras Pranckietis, the speaker of the Seimas, also emphasized that 2018 "will be historic for our country".

"I wish everyone to feel this centenary spirit in their hearts and to deservedly be proud of it," he said.

Prime Minister Saulius Skvernelis said he wanted to thank everyone for their contribution to creating a better future.

"Through our work, our love to our family and our homeland, we are together building a welfare state. We are entering the New Year as a growing economy. As a more secure nation that meets its international commitments. As a country where corruption schemes that had been built for years are falling apart and where the most vulnerable part of society can count on increased attention from the state. This gives hope and creates fairer conditions for working, starting a business and raising children here rather than abroad," he said.

The prime minister noted that 2018 would be a symbolic year for the nation, which will on February 16 mark 100 years since the signing of the Act of Independence by the Council of Lithuania.

"We face many challenges, but all of them can be overcome through joint efforts. The feeling of unity and togetherness is what I want to wish all of us," he said.