BNS
aA
Lithuanian leaders on Monday conveyed condolences to Georgia over the flooding in the country's capital Tbilisi. 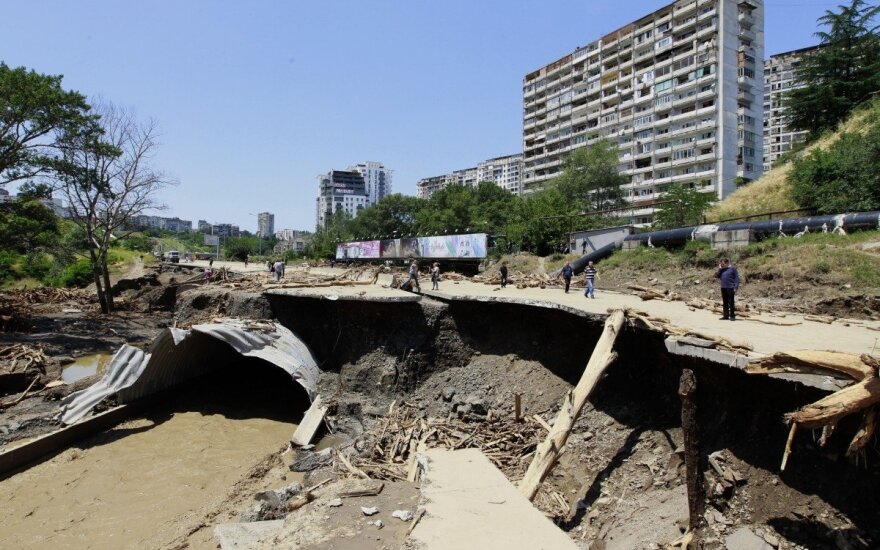 "I was deeply grieved to hear about the flood in Tbilisi, which resulted in the loss of human lives and massive destruction in the city. [...] I would like to offer sincere condolences and support to the victims' families and friends, to you personally and to all the people of Georgia," Grybauskaitė wrote in her message.

The Lithuanian president wished strength and fortitude in overcoming the consequences of the tragic disaster.

"We grieve together with you and the families of the victims. We wish Georgia the biggest strength in the moment of grief and wish endurance in eliminating the consequences of the disaster," she said in the letter.

Caused by heavy rainfall, Sunday's flooding claimed at least 12 lives in the Georgian capital, while dozens remain missing. Over 30 animals, including tigers, lions, bears, jaguars and wolves, escaped from flooded pounds in the city zoo. Some of the animals were later captured, others were gunned down and some are still missing.