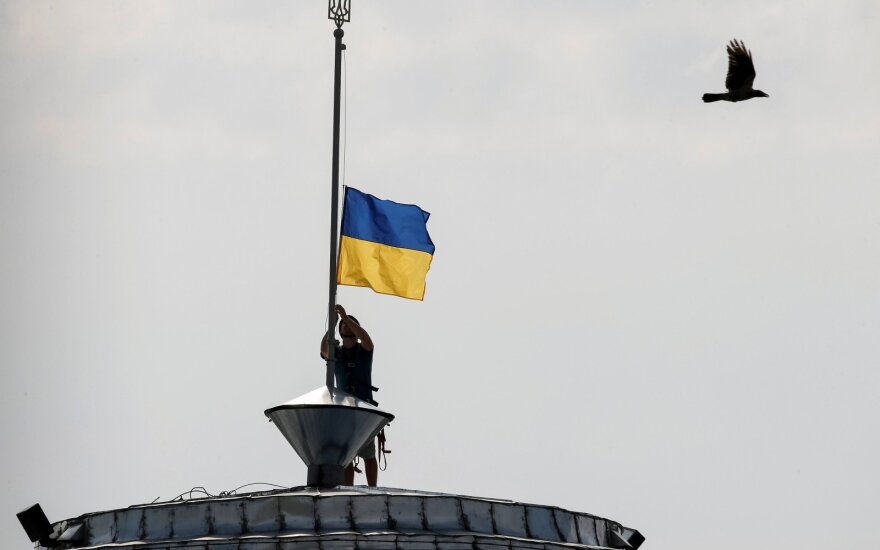 "In Lithuania, we remember our friends’ fight for freedom and unity with pride. I sincerely wish you to preserve this and have much determination along your hard but necessary path of reforms. Lithuanian people will remain your faithful friends and supporters while you establish Ukraine as a successful, independent, European and democratic state," Lithuanian President Dalia Grybauskaitė wrote in her message of congratulations.

The president underscored that 27 years ago when Ukraine declared its independence and during recent very challenging years, the Ukrainian people demonstrated to the entire world that they cherished freedom and were ready to fight for it thus taking responsibility for their future and for the development of their state.

Related articles
When we buy Russian gas, we buy them arms, Yushchenko says in Vilnius
Europe will not be whole without Ukrainian, Russian people, US rep says in Vilnius

Grybauskaite also stressed the importance for Ukraine to continue and gather the society for doing the necessary work in ensuring economic recovery, prosperity and security of all residents.

Speaker of the Lithuanian Seimas Viktoras Pranckietis says the friendly and constructive connection between the people of Lithuania and Ukraine is getting stronger.

"This connection is the basis of Lithuania's strong position regarding Ukraine's right to freely choose its future together with other free and democratic countries. Lithuania supports and will support this aspiration of Ukraine and its sovereignty and territorial integrity," the speaker said in his message of congratulations.

Meanwhile, the message of Lithuanian Prime Minister Saulius Skvernelis reads that "there is no alternative to Ukraine's path towards the West. Lithuania strongly supports and will support this decision made by the people of Ukraine".

After the collapse of the Soviet Unions, the Ukrainian parliament adopted the country's independence declaration on Aug. 24, 1991, which was approved by a referendum a week later.

The Ukrainian government forces have been fight pro-Russia separatists in the east of the country for the past four years. The conflict has already taken the lives of 10,000 people. Russia also annexed Ukraine's Crimea Peninsula in March, 2014, around a month after pro-Russian Ukrainian President Viktor Yanukovych was overthrown. The United States and the European Union introduced sanctions for Russia because of that.

Several Lithuanian ministries have drawn up amendments on the relocation of people of Lithuanian...