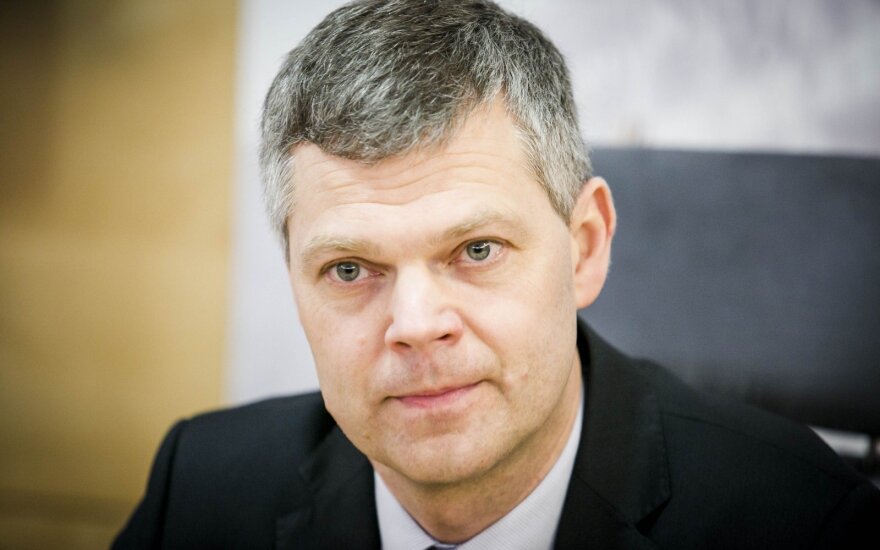 "The Seimas of the previous tenure adopted a law and demanded that information about a person applying for permission to work with classified information should be publicly available," Darius Jauniškis told reporters.

He was asked to explain why the department's negative conclusion regarding the request of Mindaugas Bastys, who on Friday stepped down as deputy speaker of the Seimas, to be granted access to classified information was publicly available.

As the parliament voted on Friday on the Social Democrats' dismissal from the post of vice-speaker, some of his Social Democratic colleagues expressed their indignation at the conclusion having been made public.

Bastys resigned after Viktoras Pranckietis, the speaker of the Seimas, had urged him to do so based on the VSD's report.

In the report, the department wrote about Bastys' links with Yevgeny Kostin, who is seen as a representative of the Russian state nuclear energy corporation Rosatom, Piotr Voyeiko, a former KGB agent, Ernest Matskevich, a journalist of the Russian state channel RTR, Saturnas Dubininkas, who is said to be a former Kaunas mafia leader, and Vadim Pakhomov, a businessman suspected of illegal activity.

According to the VSD, these links make Bastys vulnerable and would endanger state secrets if he were given access to them.

Social Democratic MP Mindaugas Bastys has told BNS he was stepping down from the post of...

After being urged by Parliamentary Speaker Viktoras Pranckietis to step down from the post of Seimas...