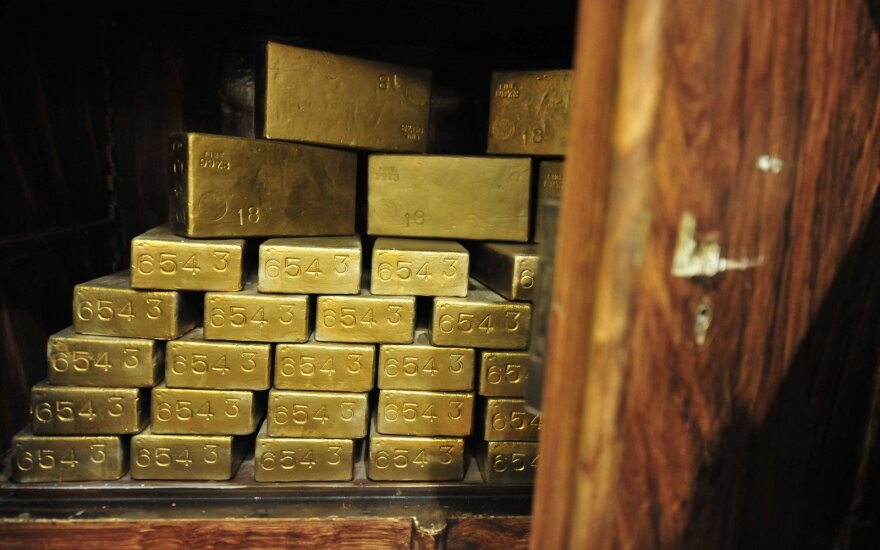 The figures come from a survey by www.investavimas.lt and it would be the biggest portion of investment portfolios ever devoted to one asset class over the survey history.

Lukas Macijauskas, who commissioned the www.investavimas.lt analysis, said that such a high position of gold speaks of two things.

First of all, during the first two months of 2016, the gold price increased by 16.93%, which means that many investors are trying to catch the train, which is a bit risky.

On the other hand, quite a negative situation in other risky asset classes forces investors to search for non-correlating investments, and gold is precisely such an asset, he said.

The second largest position investors were planning to take was in Euro-Asian stocks (10%).

In February, the majority of investors chose US equities (17%). However, this asset class has generated a small loss (-0.19%). Meanwhile, in February the most profitable asset class - gold (+10.93%) was chosen by 12% of Lithuanian investors. Quite a considerable investment portfolio (16%) was directed to US bonds, which last month also generated profit (+0.85%).