Elta EN
Minister of the Interior Saulius Skvernelis admits that when discussing the improvement of officers' situation at the Cabinet of Ministers, his position is weakened by him not being a member of any party. 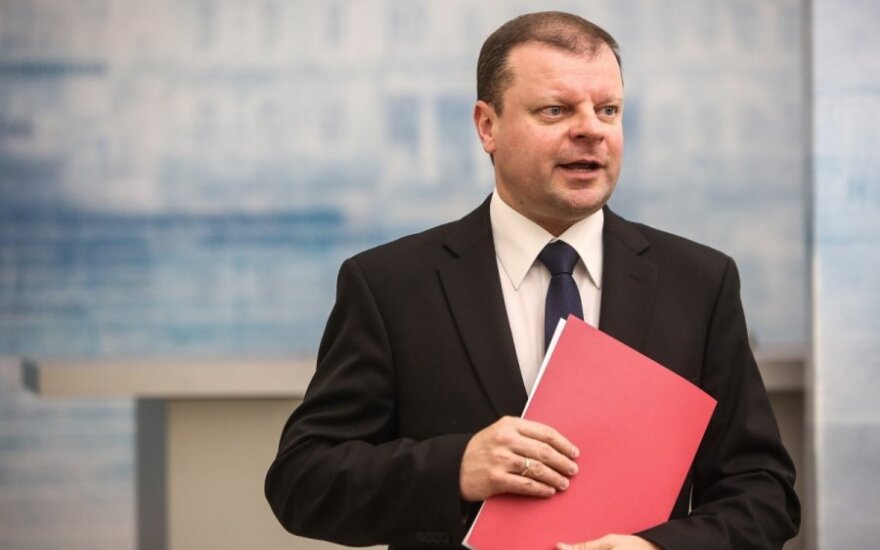 "The politics are simple - the final decisions would probably be different if a big political force was behind the interior minister. I do not think membership in the party is necessary, but it should be realised that coalition partners are not equal at the Government," Skvernelis told the radio Žinių Radijas on Wednesday.

Skvernelis was delegated to the position by the party Order and Justice, but he is not a member of the party.

When asked if, perhaps, he is considering stepping down in case the Government does not support amendments to the Statute of the Internal Service that he initiated, the interior minister claimed he is weighing various possibilities.

"So far I will not say this, but there are various thoughts," said the minister.

As reported, the Government in essence approved amending the Statute of the Internal Service which should modernise law enforcement, improve officers' service conditions and boost wages. But the issue of financing of these changes remains unresolved.

The interior minister intends to find funds by carrying out a radical reform of the internal service system and dropping functions that are uncharacteristic for the service. However, the sector would still lack EUR 7 million in the first year, or as much as EUR 20 million if the reform was to be implemented fully.

After several years of discussions the agreement on the new Statute of the Internal Service was reached by the Seimas Committee on Legal Affairs, the Ministry of the Interior and the trade unions of officers.

The trade unions say that the new statute would enable to adequately motivate staff, create favourable working conditions, develop human resource management, increase the motivation of honest and initiative people, nurture loyalty to the state and hold people accountable for the results of service.

Officers have even threatened to launch protests if the adoption of the new statute lags on.