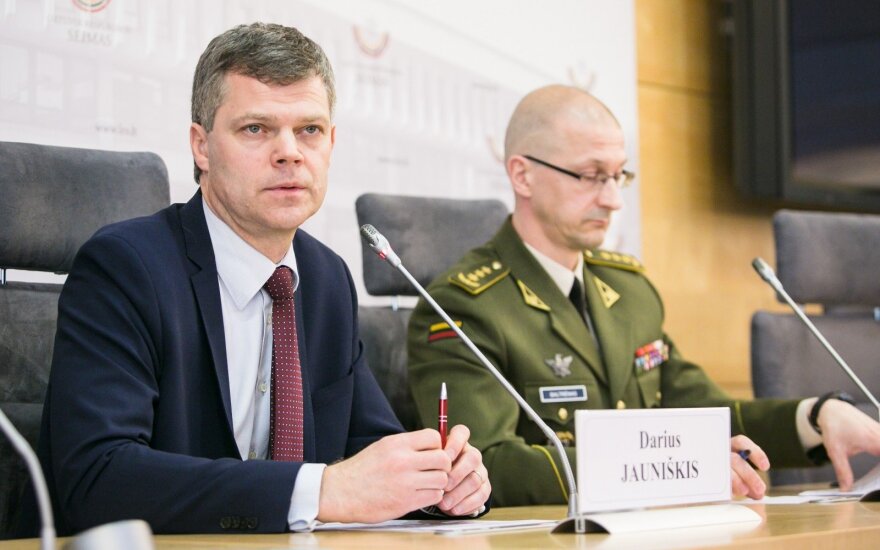 Russian foreign policies. Russia will proceed with its aggressive foreign policies to undermine the Western unity and divert the attention of the population from economic and social problems. The power remains in the hands of President Vladimir Putin, therefore, the risk of unpredictable actions increases. Russia will continue active spying and cyber attacks.

Dependence of Belarus on Russia. Russia will aim to consolidate its influence in Belarus, and the Moscow policies will tighten. Due to the military influence, provocations during the joint military training Zapad 2017 cannot be ruled out. Belarus will continue recruiting Lithuania's law-enforcement and defense system officers.

Propaganda. Russian propaganda will aim to undermine support to Lithuania's defence and stationing of NATO forces, as well as discredit Lithuania's history and energy policies. To achieve the goals, Moscow will boost Lithuanian-language activities via portals and social networks.

National minorities. Russia will continue its attempts to escalate ethnic hatred. Pro-Russian forces will attempt to unite on anti-Western values, however, are unlikely to gain more influence upon Lithuania's policies.

Terrorism. Terrorism threats in Lithuania will remain low in the short-term and the medium-term, however, Lithuania can become one of terrorist transit countries. Risks can be made by the attempts of foreign Muslims to influence the religious life of local Muslims.

Psychological support must be available to Lithuanian military personnel - MP

Timely psychological support has to be available to members of the Lithuanian Armed Forces ,...

The Lithuanian State Security Department 's director says that those who support separatists in...

A Šiauliai court on Tuesday convicted former Lithuanian army officer and a Russian citizen on spying...