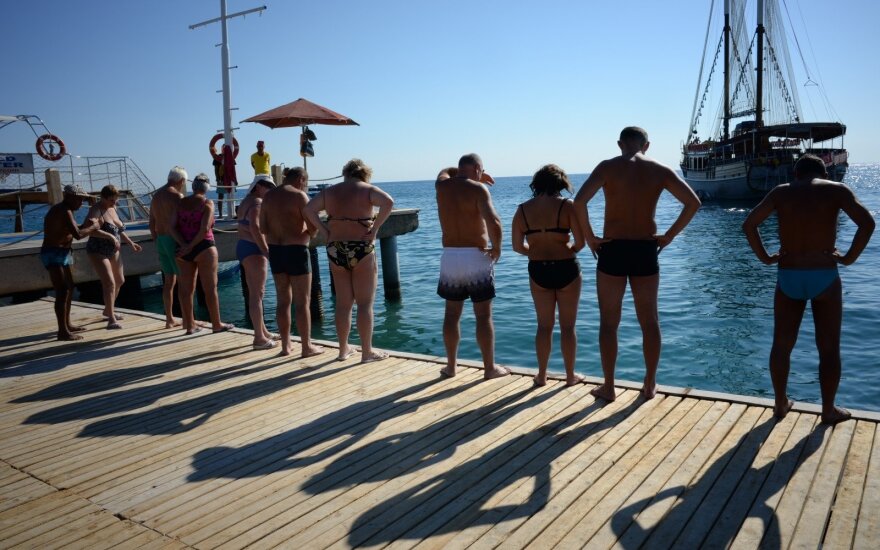 Despite recent terror attacks and a failed coup in Turkey, Lithuanian holidaymakers do not seem to be deterred from going to one of their favourite destinations.

In all, Lithuanian airports serviced 167,999 passengers of charter flights between January and June this year, a tenth more than over the same period in 2015, according to Lietuvos Oro Uostai (Lithuanian Airports), the company managing the Airports of Vilnius, Kaunas and Palanga.

Antalia in Turkey is by far the most popular destination of charter flights. As many as 57,342 passengers from Lithuania visited the Turkish resort this year, up from 52,120 last year. Tourism to Bodrum also grew (5,074 travellers, up from 2,972 in January-June 2015).

Meanwhile attacks in Egypt seem to have deterred Lithuanian tourists more. The number of travellers to Hurghada contracted by almost a third (13,180 from 17,579) and some trip organizers stopped taking tourists to Sharm el-Sheikh altogether.

Dovilė Zapkutė, marketing manager at the travel agency Novaturas, says that Turkish resorts still offer the best value for money and are hard to replace. "This is the main reason why Lithuanians continue to be interested in this destination," she says.

Egyptian formin assures Lithuanians his country is safe for tourists

Despite the presence of jihadists in some locations in Egypt , the country remains safe for...