BNS
aA
Lithuania's government has no position on recognizing same-sex marriages, and the interior minister, as a politician, has the right to express his opinion, Prime Minister Saulius Skvernelis says. 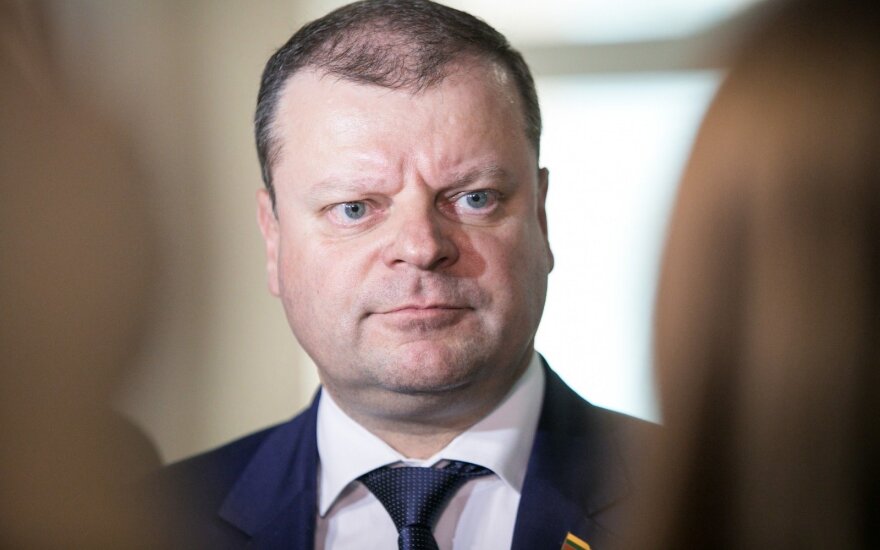 "The government is not debating such issues, and the government's position is not formulated. If bills were submitted, it would be formulated. Besides, the minister is a member of the government and a politician having his own opinion we respect," Skvernelis told lawmakers on Thursday.

The prime minister was asked during the Government Hour in the Seimas whether Interior Minister Eimutis Misiūnas' recent statement on recognizing same-sex marriages was the government' official position.

The interior minister said he then answered a question on what steps would be taken if the Constitutional Court issued a ruling favorable to sexual minorities.

The minister stated this position on Thursday at the Constitutional Court's hearing of a case regarding the rights of same-sex persons who married abroad.

"I think they have the right to marry, to live in a certain legal agreement entailing various legal consequences. In this case, I'd take a rather liberal view. I think it could," Misiūnas told reporters when asked if same-sex marriages should be recognized in Lithuania.

The minister's spokesman, Karolis Vaitkevičius, told BNS that Misiūnas is not planning to table any initiatives on this issue.

"It's up to the Justice Ministry to submit proposals on the legal recognition of homosexual marriages. The minister expressed his personal opinion when asked by journalists to do so," he said.

The Constitutional Court is looking at whether Lithuania's authorities rightfully refused to grant a temporary residence permit to a foreigner who married a citizen of the same sex abroad.

The case was referred to the Constitutional Court by the Lithuanian Supreme Administrative Court, which examines an appeal filed by the foreign citizen, who married the Lithuanian citizen in Denmark three years ago, against the Migration Department's decision to refuse him a temporary residence permit.

Public opinion polls show that the majority of Lithuanians do not approve of recognizing same-sex relationships.

As Lithuania's Interior Minister Eimutis Misiūnas mulled on Thursday a possibility that Lithuania...

Following the ruling of the European Court of Human Rights , Lithuania is changing its rules and will...

The Lithuanian Constitutional Court will hold on Thursday a public hearing on a case regarding the...